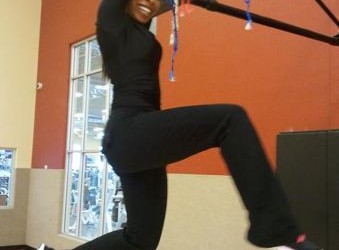 So the quick and easy stuff first. Stevie Johnson has been with his wife Britney since high school. In an article on ESPN.com, his college position coach recalled that Johnson really struggled with his transition from San Francisco to the University of Kentucky as he was miserable without Britney by his side. She ultimately moved to be with Stevie, and his coach credits this to helping him focus on the field. His coach Joker Phillips describes Stevie,

“He’s a big-time family guy. He loves his daughter, loves his wife. From the day he got here, all he talked about was getting his [future] wife out here with him.”
The couple now has two children; daughter Miyah, born in 2007 and son Steve III, born in 2009.
Now for the cool stuff, and why we originally found out about Britney. At Stevie’s 25th birthday party, he was surprised by his wife with a butt shaped cake. Take a look at the evidence for yourself to the right.
Additionally, if we’re guessing men, appears that Stevie is a man who pays up his bets when losing to his wife at Words With Friends. Tweets @StevieJohnson13: “My Wife is the most beautiful woman in the world and she loves chocolate ice cream and beating me in Words with Friends. #uHappynow ;-)”
Um, yes. Yes we are I think. 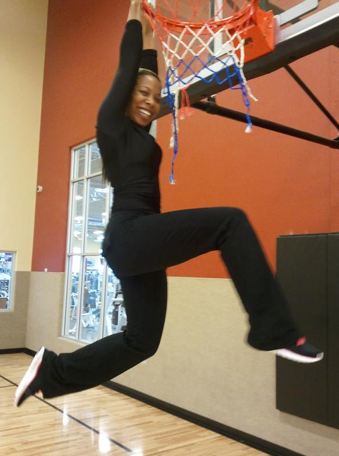