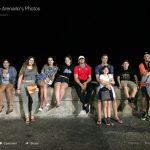 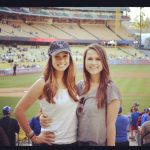 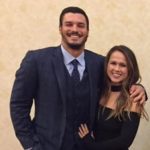 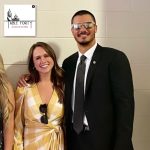 Our original post about Nolan Arenado’s wife Laura Arenado appeared on our site less than a year ago (and we’ve republished below).  In that time, a lot has changed.  Hell at that point, we still didn’t even know if they were together for sure!

But, in that time, the question around Nolan Arenado’s girlfriend or Nolan Arenado’s wife has certainly be confirmed.  In August of 2022, Nolan departed from the team to be with his wife for the birth of their first child.   On August 26, the Cardinals placed Arenado on the paternity list, meaning he’s unable to play during the 3 game series against World Champion Atlanta.  These millennials and their misplaced priorities, amirite??!?!  Who does he think he is being with his wife for their first kid?!?  He has much more important things to do, like hitting a baseball.  Geez man.

While we continued to ponder the relationship status of Nolan Arenado’s wife, he and Laura appeared on the Table 40 Podcast.We were recently introduced to the Table 40 podcast when we updated our research about Matt and Leslee Holliday when their son Jackson was drafted first overall in 2022.  The Arenado interview is with the Hollidays is described below:

Ten years ago, Matt and Leslee Holliday helped launch Homers for Health, a program that partnered with Cardinal Glennon Children’s Hospital in St. Louis to raise money for sick and injured children. In conjunction with the celebration of the 2011 World Series-champion Cardinals team, the Hollidays returned to St. Louis recently to celebrate 10 years of Homers for Health.

As part of the celebration, Cardinals third baseman Nolan Arenado and his wife, Laura, joined Matt and Leslee for a live recording of the Table Forty Podcast over the weekend at the hospital. Enjoy today’s conversation about life, baseball, marriage and persevering through the trials of life.

Is Nolan Arenado’s girlfriend Laura Kwan? It’s very possible. We do not have enough information so far to confirm it. However, there are two strong pieces of evidence. I’ll get to that in a minute. First off, I will explain the general nature of Laura and Nolan’s internet presence. They have none! That is, Laura maintains one social media account but keeps it private. Nolan himself said in an interview with The Denver Post he feels afraid of it. Well, Laura keeps a low profile too, Nolan. However, Nolan has zero interaction with social media. It makes it tricky to figure things out.

However, Nolan Arenado’s girlfriend did go on a trip to Cuba with him and his family. He is of Cuban descent, so I guess you could call it a homecoming trip. Anyway, there’s a picture of him with his arms around her while they posed for a family trip. So he invited her there, then he invited her into his family photo and put his arms around her. Yes, it’s possible they’re just friends. I highly doubt it though. There’s also another picture of Nolan with his arm around Laura at some kind of event.

Do you guys have any evidence or what?

One more piece of evidence that links Nolan Arenado’s girlfriend Laura to him is she attended a Rockies game with her sister Rachel back in May of 2013. And, even at that time, Nolan admitted to having a girlfriend:

Based on the timing of her picture at a Rockies game, it would stand to reason they were together at that time.  And if that recent trip to Cuba indicated a continued relationship, it’s got some wheels on it.   Rachel posts occasional pictures of her with her sister Laura on social media. Laura generally responds with a warm joke.  They come from California originally. Laura graduated from college in May of 2014. It’s highly likely the pair met in high school in California. 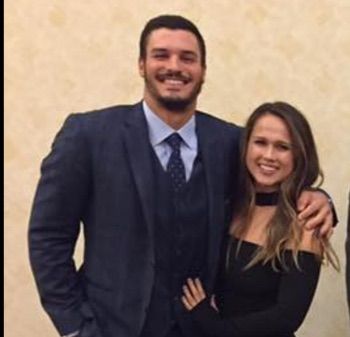