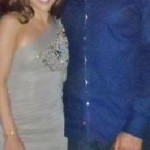 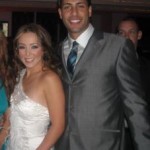 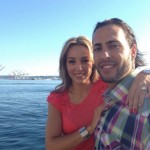 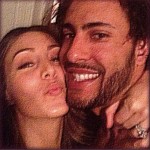 Michael Morse’s wife Jessica Morse personifies off the field support for her husband, and even finds a way to help him on the field as well.

Morse enjoyed a breakout season in 2011. While putting up great numbers in a position change when Adam LaRoche was hurt, Mike put up great numbers that put him in contention to make the All Star team. Enter Michael Morse’s then fiancé Jessica Etalby and her family with a campaign to get him to the game. Although Morse ultimately wasn’t voted in, he had to feel good about his soon to be in-laws having his back.

It’s not just on the field that Morse gets support from Jessica. In an interview with MLB.com, Morse shed some light on why he wants to spend the rest of his life with her. “If I have a bad day, she is real quick to remind me there is always tomorrow. It’s great to always have somebody in your corner like that. She understands baseball, she understands this game and how it pretty much takes over our lives. She is 100 percent for it. She is more excited than me to start the season.”

Morse proposed to Etably following the 2010 season. The couple was married in November, 2012, during a big wedding season for the Nationals. Honeymoon bliss was met with big league upheaval when just two months later Morse was dealt to Seattle. Following an injury plagued 2013 season, Morse moved on to San Francisco where he’s helped put the Giants on the brink of another World Series title.