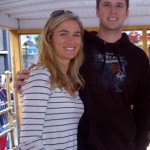 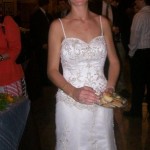 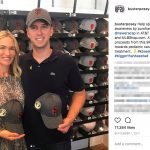 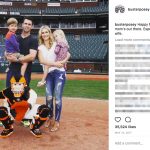 Buster Posey’s wife Kristen Posey married him in 2009 after they met their senior year of high school. According to a television interview for NBC, they met while they took the SAT’s. This means they were both around seventeen or eighteen. Buster kept in touch and asked Kristen to go to the senior prom. She accepted, and they continued to date each other thereafter. So that places their meeting somewhere around 2005. Since they married in 2009, they dated for a solid four years and tied the knot when they were both 22. It’s a fairly common tale in pro baseball to marry a high school sweetheart at a young age.

Kristen gave birth to twins two years later. The girl is named Addison and the boy is named Lee.  They were born shortly after Buster suffered a really gross ankle injury.  It ultimately wound up changing the plate blocking rules altogether.  And while the season was lost, not all of it was negative.

“This is definitely the good thing to come out of this [injury]. Obviously, our kids aren’t going to remember that. It’s more for Kristen and more for myself to be able to share those first few weeks and months with them. Even though I wanted to be with the team, there’s no other way I would have been able to experience what I did with them. In a way, I’m thankful for that.”

Buster Posey’s wife chose not to give birth to another kid after that. Can you blame her? Two kids for the price of one is a lot to put on a player wife’s plate. Since the couple grew up in Leesburg, they return there after the baseball season wraps up. However, they also live in San Francisco during the season. I don’t really understand how this works with the kids, but that’s the routine. In a profile by Heavy, Kristen mentioned the couple are homebodies and prefer to stay at home for family time.

What does the Posey family consume on TV?

Sports Illustrated said back in 2013 the couple shares a healthy intake of the shows The Bachelorette and Swamp People. They also reported the funny fact that the twins were born exactly nine months after the Giants won the World Series. They mentioned an eighth inning solo shot won them the game, and Buster Posey’s wife also received a solo shot at becoming a two time parent! The family also owns a floppy-eared dog to round out the unit. Overall, it seems like the Poseys are very happy with their lives.

And that happiness manifests in only good ways.  The Posey’s are committed to their local community, and to pediatric cancer research.  The family partnered with Esurance’s quote for a cure with the video below.  Good people living the good life and doing good things with it.  Nothing but respect. 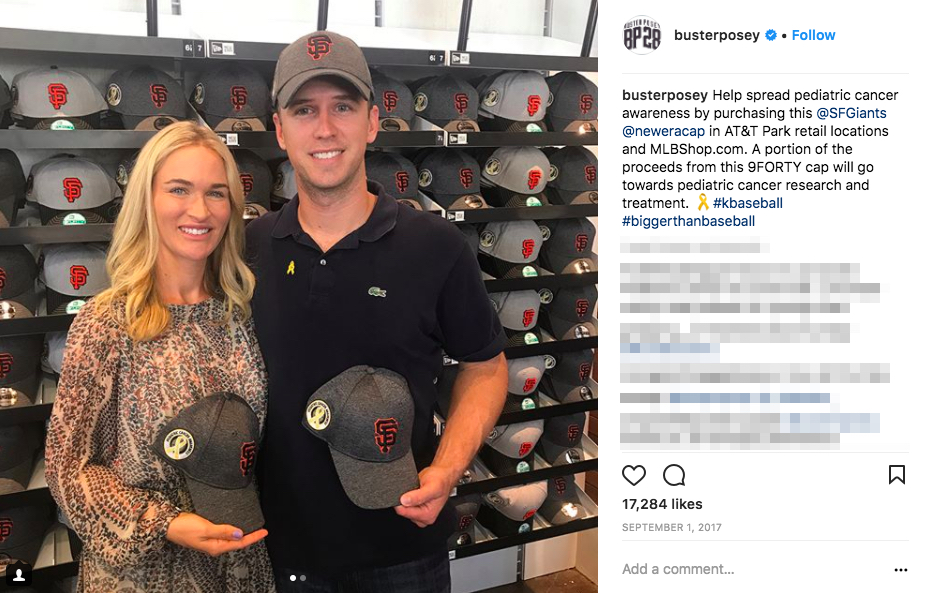