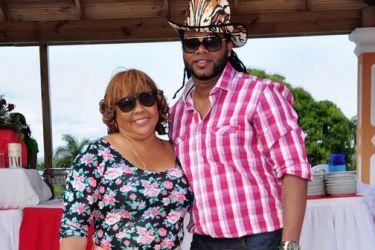 Johnny Cueto’s wife Jennifer Ruiz took part in a parade with Johnny in the Dominican Republic.  The parade went through an area called the Sarmiento Sector where Jonny was born. The parade started at the airport and continued all the way to the Lions Club near the Sarmiento Sector. The details of this whole event are sort of unclear but I know there’s also religious undertones because reports mentioned a large mass happening. Johnny’s a big hero in his home town, and they know how to welcome him back after he wins 20 games.

Jennifer has probably asked Johnny not to include any pictures of her online, because she’s got an amazing streak of no-shows on the internet. Aside from Johnny Cueto’s wife Jennifer Ruiz being the mother of his children, she’s also apparently a good mom. The birthday party they gave their daughter Linda was pretty extravagant by American standards. It featured three stacks of cupcakes, party favors, a large box of donuts, celebratory beaded necklaces, and tons of balloons. Jennifer also puts up with Johnny’s heinously powerful stereo system in his van. It’s basically a high powered concert system on wheels.  It has the most speakers I’ve ever seen in any vehicle.  The speakers fill the middle of the van in addition to every door. It’s really something to behold.

Johnny Cueto’s mother hangs out with him and the kids a lot at his place.  She cooks him meals like he used to have back home.  This is her pictured in the backyard by the buffet table.  Johnny Cueto’s wife is never seen in pictures.  But she must be part of the food preparation.  I mean, she has to, right?  Well,  Johnny may just have a personal chef making all the delicious foods, so no judgement. There’s a lot of swimming in pools and eating of delicious foods in the tropics with this couple and his family.  Hey, I’d happily take part in this lifestyle too if I was a 20-game winner and World Series champion! 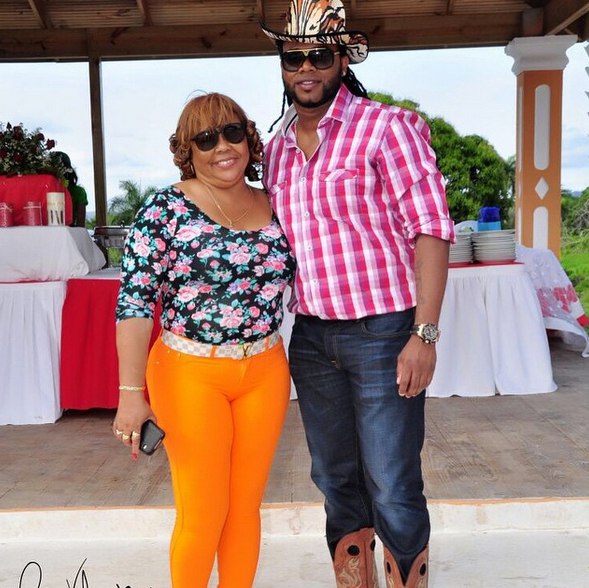