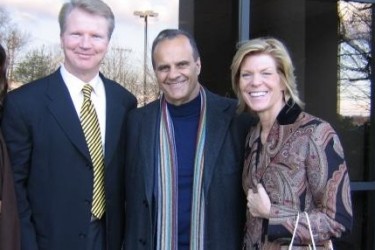 Phil Simms’ wife Diana Simms has never confused him with Boomer Esiason. I cannot say the same thing. There’s got to be tens of thousands of people who have confused the two. Esiason was probably a better quarterback. The only thing that I can find that Phil Simms really excelling at is leading the NFL in sacks yards lost in 1984 and fumbles in 1985, but that really isn’t fair because he did win the Super Bowl and get honored as the Super Bowl MVP along with being named to the All-NFL first team by some sportswriters association. Come to think of it, Simms is pretty underrated. The man’s got 33,000 yards under his belt.

Anyway, let’s talk about Diana Simms. Phil Simms’ and his wife Diana have had three kids– two boys and one girl. They’re all grown up, and both of the boys made it to the NFL. That kind of blows my mind. What are the odds that you will have not one but two kids that make it into the professional league. Never mind the fact that Matt Simms has played all of 3 games. Diana must be proud. She herself was once a model, believe it or not. She was a runway model i.e. a real model. Not like models today who just post pictures of themselves in a bikini on the internet. She was quoted in 1990 as saying, “I loved it because it was a fast way to good money. But after I met Phil, well, I don’t think he’d care to be married to a working girl.” Sort of reminds me of Betty Draper, but whatever makes you happy, Diana. We’re all for it.

The couple are now enjoying the good life in Franklin Lakes, New Jersey, which I’ve been to. It’s the absolute definition of suburbia USA, and Phil and his wife Diana dig it. 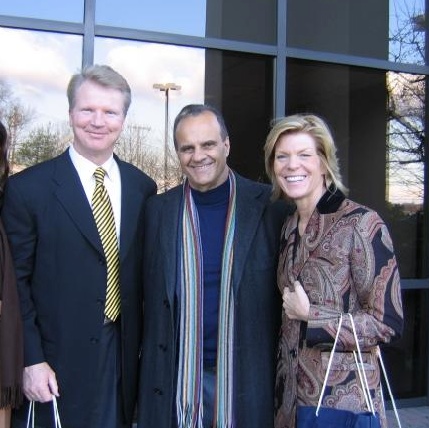