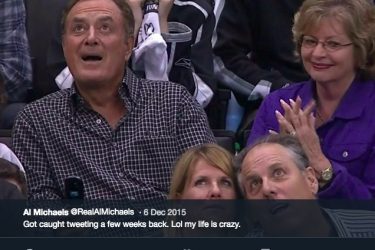 Al Michaels wife Linda Anne Michaels married the voice of our generation way back in 1966. He was just 22 years old when they tied the knot, and they’ve been together ever since then. That’s a pretty impressive feat in itself.  But, when you take a look at the guy’s career, he’s sort of the gold standard for what you want to achieve if you’re a professional broadcaster. Multiple Emmy awards.  Years of experience in the big four: hockey, baseball, basketball, and football. And of course, his most famous line:  “Do you believe in miracles? Yes”! When the USA beat the USSR in the 1980 Olympic Hockey Final, the entire country tuned in to hear his call.  And personally, we always enjoy Al Michaels contributions to the OJ chase in the White Bronco.

Anyway, Linda herself has had plenty of kids with Al, and they’re both grandparents now. The couple was spotted taking their grandchildren to a hockey game recently, and they were driving a classy Mercedes AMG. Life is good indeed for one of the best broadcaster ever and his lovely wife Linda.

In Al’s eyes, life has always been pretty great.  He once explained his relationship with Linda to Sports Illustrated

What person knows you the best?

Linda Michaels. We have been married 48 years.

Is she a sports fan?

She became one. Linda and I met in the 10th grade so we have known each other since we were 15. She is the love of my life. She is just the greatest. That is the biggest piece of luck that ever came down the pike for me.

Al Michaels Through the Years

Al Michaels wife has seen and heard a lot in all that time she’s been married to Al. That will happen when you meet your spouse at the age of 15.

For instance, she’s heard the now legendary story of Al and Howard Cosell’s spat that eventually led to Cosell being fired. The incident happened in the mid 80’s when Cosell was getting so hammered during a baseball broadcast that Al had to tell him after the game that he was “ruining the fucking telecast.” He then went back inside to the bar to get a big drink of vodka to try and cool off, but Cosell had all but emptied out the vodka bottle. The other awesome story he told David Letterman in 1994 was about how a drunken Cosell back in 1981 got out of a limousine in a rough neighborhood in Saint Louis to commentate on a street fight between some kids. The kids were so shocked and confused they stopped fighting and just stared. 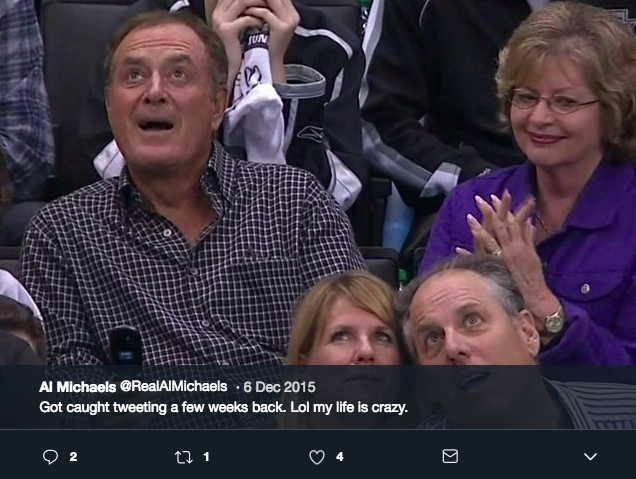