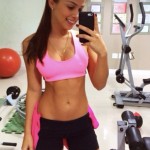 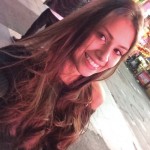 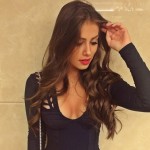 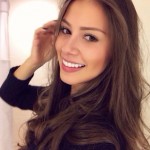 There’s been a lot of posts up on PlayerWives about American soccer players recently, so it’s time to hear about a soccer player and his girlfriend who is not American, not on the US team, and who’s somewhere around 80 times more talented than any American player. That player is Neymar da Silva Santos Junior. Neymar’s girlfriend Gabriella Lenzi is a beautiful woman and a famous model in Brazil. She’s famous for doing gymnastics and swimming to keep her body in Barbie shape, and she recently posted a picture of herself doing a handstand on a road on Instagram for her 400,000+ followers to admire.

Neymar– this guy is the man. If, like me, you don’t know all that much about soccer, all you need is a minute’s worth of watching his highlights on YouTube and it’ll be obvious to you how talented he is. He’s got supreme ball-handling skills, though I’m not even sure you’d call it “ballhandling” as it more resembles ball-trickery; a kind of Harlem Globetrotters thing only for soccer. It seems like he gets tripped a lot because his defenders know they can’t handle him. He’s so valuable, in fact, that his transfer fee to FC Barcelona was 87.2 million Euros ($118.6 million). His release clause was set at 190 million Euros ($258 million). In the 2012 Olympics, Neymar scored a hat trick in an embarrassing 8-0 demolition of China. The guy scores a lot of goals, folks. All the top soccer players say that he will soon be the best player, given just a few more years to mature.

And, with the help of Gabriella, maturing is just what he’ll do. She really is a beautiful girl, and I understand why she has 418,000 followers. People love to look at her! She does kind of border on the sickly-skinny margins (as any supermodel these days should) but maybe in a few years she’ll eat a few more donuts and look more like the rest of us. I wouldn’t count on it though. Anyway, the couple have never officially announced to anyone that they’re together, but it’s widely known they see each other. What an ego boost for both of them. Apparently fans put a lot of pressure on Gabriella to make sure Neymar is happy and healthy so that he’ll play his best. What a weird thing being a celebrity must be. 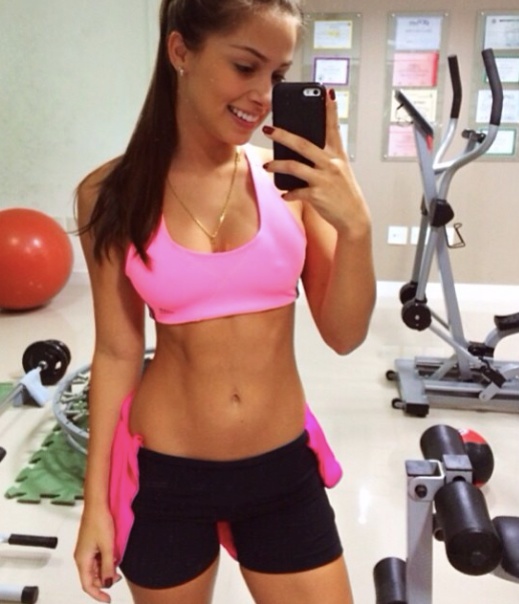