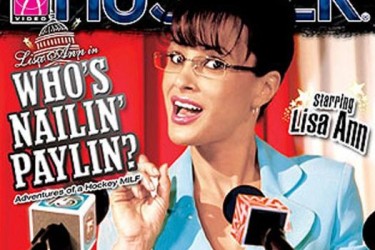 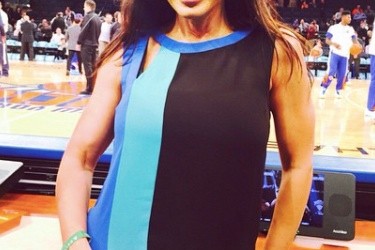 Michael Del Zotto has been texting Lisa Ann, whom you may know as Justin Brent’s girlfriend from an earlier update. Del Zotto has apparently been bothering her for 2 years and asking her to help him find a girl to go out with. This strikes me as somewhat strange for a couple reasons.

This is what it looks like to me: the kid asks a porn star for a dating hookup thinking that she herself might jump at the chance to date him (maybe he knows she likes them young). Whether or not Lisa Ann would date him (she likely would not considering how annoying she’s said he has been) he also has the somewhat childish notion that it would be cool to date adult film actors. Okay, Mikey, if that’s the road you want to go down, be my guest. I doubt it would be a pathway the hockey player could stick to for very long. Anyway, Lisa Ann reported that Del Zotto blocked her from Twitter. The nerve of this guy! He pesters her for years and then blocks her on Twitter like he’s above her. He was the guy asking her! It would be awesome if Justin Brent encouraged Lisa Ann to tweet about all of this.

Lisa Ann went on to explain exactly how this all went down. About two years ago Del Zotto had his agent tap Lisa on the shoulder to ask her out for him. By the way, this is a pure high school move. It’s the modern day equivalent of passing notes and having your friends call your crush on the phone, except with Z-Listers. Anyway, Lisa Ann goes out with him, they apparently don’t form much of a connection, and then a week later he starts texting her asking if she would hook him up with girls on the road. Lisa Ann isn’t yet a madame, Mikey, and that’s pretty gross that you’d want other people to do all the legwork for you. First the agent, then Lisa? Come on, Mikey, you’re a big boy. Maybe he should focus that energy where it belongs– the ice. 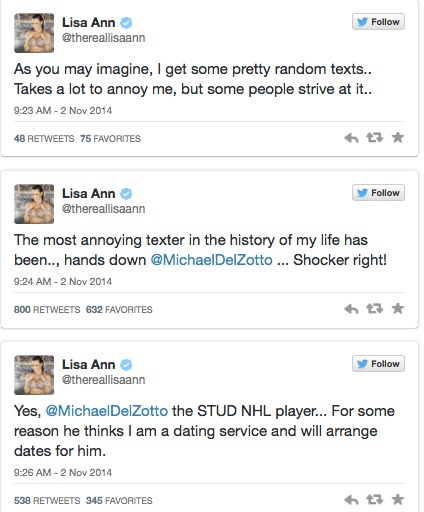 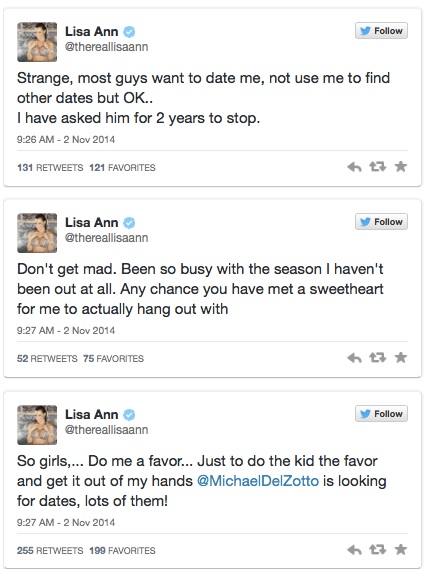