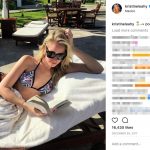 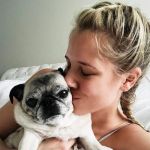 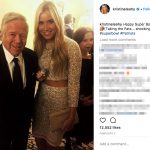 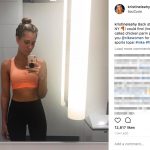 Kristine Leahy’s boyfriend is a popular search topic that land people here on our site.  The weird part is that we’ve never actually written about it.  We’ve been Kristine Leahy fans since before Lavar Ball was a chauvinist to her, so figure it’s about time.  Let’s dig into it.

Who is Kristine Leahy’s Boyfriend?

The last check, Kristine Leahy was dating Aaron Hines.  Hines is a personal trainer, and spin instructor in Los Angeles.  His personal bio labels him as:

aaron hines is a healthcare professional, director of training and instructor at cycle house, personal trainer and appeared on the on e!’s former reality series“hollywood cycle.”

The narrative suggests that Hines was training Leahy, and one thing led to another.  The things a raise heart rate will do, and all.   Since they both live in Los Angeles, the relationship was convenient and easy.  Of course, Kristine doesn’t look like she needs much in the way of instruction. She keeps herself in amazing shape because she appears on television as a host and reporter.

Though national, The Herd, on FS1 isn’t in the mainstream zeitgeist.  Many first heard of Leahy when Lavar Ball appeared on the show.   Kristine got into an argument with the man after it appeared Kristine had a bone to pick with Lavar.  Like usual, Lavar took control of the conversation.  He  refused to speak to her and told her to stay in her lane. Following these events, Kristine allegedly blew up at Colin Cowherd, the host of the show, for not defending her. Leahy was put on paid leave for a week.  During that period, Kristine Leahy’s boyfriend appeared very happy to spend time with her at Laguna Beach during this time off from work.

But, here’s where things turn sour.  They do not appear to be dating anymore.  Neither one has even a whiff of a reference to the other on their social media, which was once filled with pictures.  Love can be fleeting, and in Los Angeles, it seems to go even quicker.   The pair reportedly dated for around a year.  But you know the real bitch of it all?  Although Aaron Hines no longer follows Kristine Leahy on Twitter,….. he does follow Lavar Ball.

Honestly?  We have no idea where this one came from.  Maybe the chemistry on the show?  Maybe attending red carpet events together?  Tough to say.  But this one definitely doesn’t appear to have legs.  Almost like Howard and Robin, people may just assume when people click together on a show, there must be something going on.

The two appeared to be on vacation together at one point, so rumors swirled.  But, to the best of our knowledge, this one never had legs. 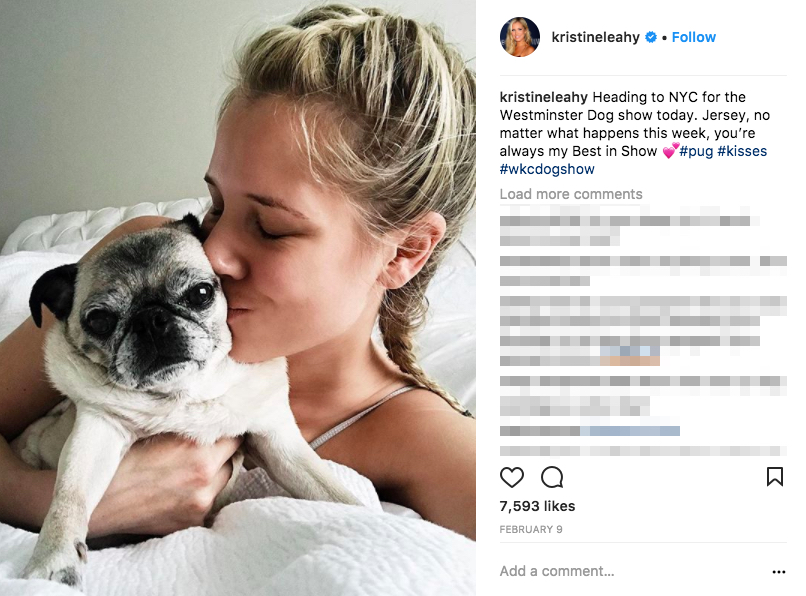