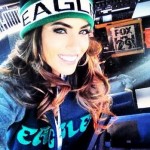 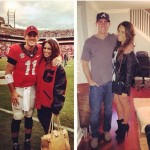 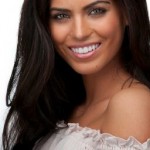 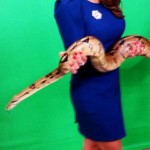 Aaron Murray is doing everything he can to insert himself into the 2013 Heisman discussion. And as we’ve seen repeatedly over the years, one quick way to catch passive college football fans’ attention is to put a bonafide smoke on your arm… and Aaron Murray’s girlfriend Kacie McDonnell certainly qualifies there.

If you’re anything like me, and the name Kacie McDonnell sounds familiar, that’s because it is. Shortly before Vikings quarterback Christian Ponder met his future wife Samantha Steele, he was dating McDonnell. McDonnell, who works as a traffic reporter for a local Philadelphia TV station was also reportedly dating Phillies pitcher, Jonathan Pettibone earlier in 2013.

News about McDonnell and Georgia QB Aaron Murray was delivered to the interwebs on a silver platter, when Murray was willing to post an Instagram photo of the couple over the weekend. Murray posted two pictures of the couple together and included and not so subtle message about his plans that evening, saying “So excited this girl got to make her first trip to Athens this weekend @kaciemcdonnell. About to be a great bday night”

No word on how long these two have been together. Personally, I’m praying Aaron Murray cracks the top five and gets an invite to the Heisman ceremony in New York. If these two are still together, I think we all know that McDonnell will bring it in a big way that night. GO AARON MURRAY! 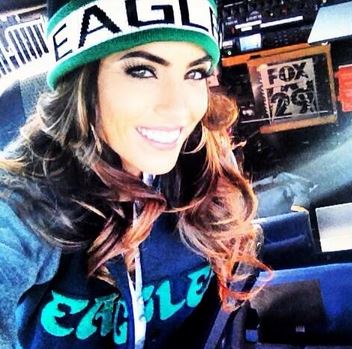