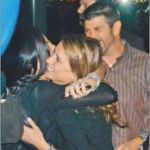 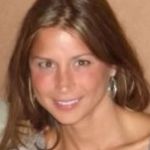 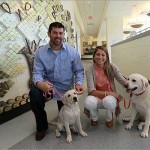 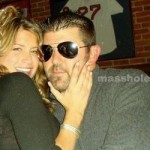 UPDATE: 11/30/2011: Many Boston media outlets are reporting that Catherine and Jason are expecting their first child together in May. This will be the first for Catherine and Jason’s fourth, having three from his previous marriage. Congratulations to the newleyweds.

*****************
11/23/2011: According to the Boston Herald, Jason Varitek will marry Catherine Panagiotopoulos over the long Thanksgiving weekend. Sources tell the Herald that the couple will marry Saturday in Key West, FL. This is the second marriage for Varitek, and first for Panagiotopoulos.

Jason Varitek proposed to his long time girlfriend Catherine Panagiotopoulos, on April 11, 2011. We strike through long time, as we cannot definitively determine the length of their marriage. Tek was previously married with three daughters to Karen Varitek, only finalizing their divorce in 2009. Since then, Tek has been linked to NESN reporter Heidi Watney, and local sportscaster Julie Donaldson.
The Captain proposed this time while dining at Strega Waterfront in Boston. The couple then celebrated their engagement by heading over to a party at Jerry Remy’s Bar & Grille in Boston, where the Captain’s teammates and wives were waiting, including Jonathan and Ashley Papelbon, Jon & Farah Lester, David and Tiffany Ortiz,, and Dustin and Kelly Pedroia, and the guy that Tek can’t catch, Tim and Stacy Wakefield.

Catherine appears to love her some baseball players, as she previously dated Yankee RF Nick Swisher who she met while he was playing ball in the Cape Cod league. 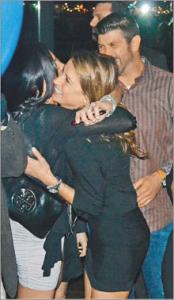