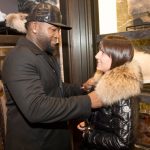 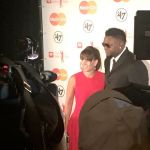 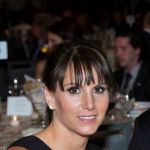 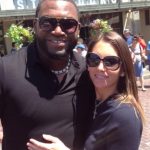 David Ortiz’ wife Tiffany Ortiz first met her future husband in Wisconsin, where she lived at the time. At the time, David played for the Seattle Mariners minor league system. The Wisconsin Timber Rattlers were located in, surprise, Wisconsin. Interestingly, the Mariners listed him as “David Arias” (something he later changed).

This fact is important and ultimately probably doesn’t sit well with Boston fans. You see, Tiffany convinced Ortiz to be a Packers fan. Ortiz went on to play for the Minnesota Twins before finally ending up in Boston.

David and Tiffany married in 2002, after being together for eight years. The couple now has three children – Jessica, Alexandra and D’Angelo. Alexandra recently turned 15 and had a traditional quinceañera to celebrate.

There are some situations in life that work out for a period of time and at some point they don’t work out anymore and you have to move on.

The couple found the split unbearable. After all, they had been married for 10 years (and together for 18 years). As a result, they called off the divorce. They have since worked things out. Tiffany says that the marriage is now, “better than ever.”

David Ortiz’ wife Tiffany Ortiz is very active in the charity community. For example, she is on the Boston board for UNICEF. Tiffany is also involved in the charity work done by the Red Sox wives. Tiffany has taken part in the annual Red Sox Foundation charity fashion show. David and Tiffany founded the David Ortiz Children’s Fund in 2007.

The charity helps children in New England and the Dominican Republic who do not have access to necessary pediatric services. Ortiz famously visits sick children in the hospital, something he has become known for. The charity also holds an annual golf tournament.

David Ortiz’ wife Tiffany Ortiz bills herself as a “tree hugger and yogi”.