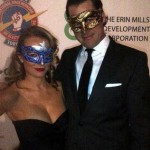 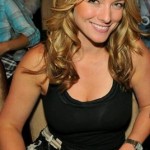 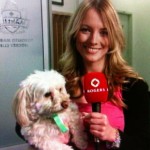 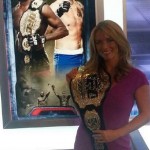 Before we talk about the new NESN Sideline reporter Sarah Davis’ boyfriend, we have to get something out of the way. Replacing Jenny Dell is going to be hard.

When NESN lost Heidi Watney to national network deals, Boston native Jenny Dell stepped right in and immediately hit with the fans. Whether it was the looks, the ease of rapport with Don Orsillo & Jerry Remy, the quality of her reports, or,.. let’s face it, the looks, fans fell in love. In the wake of Dell’s relationship with Will Middlebrooks that eventually caused a split between NESN to ultimately replace Dell, fans have wondered who would take the role.

Enter Toronto reporter Sarah Davis.  Sarah Davis was most recently working for Rogerst Sportsnet, a national network, where she hosted Soccer Central and Fox Soccer News, as well as UFC Pre-Fight shows.    In a lineage of Tina Cervasio to Heidi Watney to Jenny Dell, NESN has a certain look they want from their sideline reporters and Sarah Davis fits right in.   The other three proved to be excellent field reporters as well, which only time can tell with Davis.  From her first day on NESN today at spring training, she should do just fine.

Back to why you’re here.  Who is Sarah Davis’ boyfriend?  We’ve done our research and found very, very little.  We’ve heard that Davis is engaged, but in even the most current photos we found show nothing on the left ring finger.  After extended research, we found that Sarah Davis’ boyfriend may by Timothy Paton, a real estate broker in Toronto, though the evidence is speculative at best (running a 10K together in the same time, attending an event as one another’s “date,” following/retweeting/tweeing one another).  In the town that loves their baseball team, and almost as much their sideline reporter, if a boyfriend makes the trip to Boston, the papers will let us know soon enough. 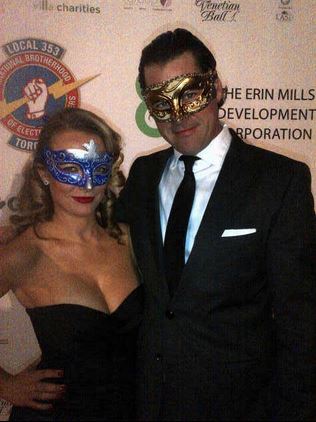