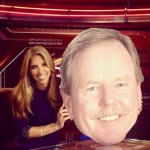 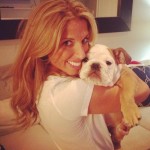 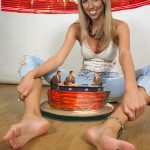 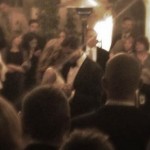 Sara Walsh is an up and coming talent with ESPN. As one of the ESPN’s options to replace the recently departed female anchors including Erin Andrews, Charissa Thompson and Michelle Beadle among others, Sara Walsh has seen a nice push in recent months. With the recent push in public visibility, we figured it was time to learn more about Sara Walsh’s husband Matt Buschmann.

Matt Buschmann is currently pitching in the Oakland farm system, but was a pitcher at Vanderbilt with Rays ace, David Price. While Price and Buschmann were at Vandy, Sara Walsh was working for WKRN in Nashville. Walsh would often interview the teammates, making a lasting impression on both pitchers. During the 2012 season, Walsh interviewed the soon-to-be Cy Young Price on SportsCenter. Price told her that Buschmann said hello, causing Walsh to immediately reply, “Oh I love Matt Buschmann.”

Price insisted that Buschmann contact her via Twitter, the things took off from there. The couple began dating shortly after the 2012 season, and have been together since. In January, 2014, the two tied the knot in Sarasota, Florida in a ceremony presided over by Walsh’s former WKRN Co-Worker and Anchor, John Dwyer. David Price also stood up for Buschmann, serving as one of his groomsmen.

Besides anchoring SportsCenter, Sara Walsh can also be seen during plenty of broadcasts during the NFL season. She is the most watchable element of Fantasy Football Now. Walsh is originally from Tampa Bay, before going on to play soccer for the University of North Florida (where she still holds the school record for goals in one game). 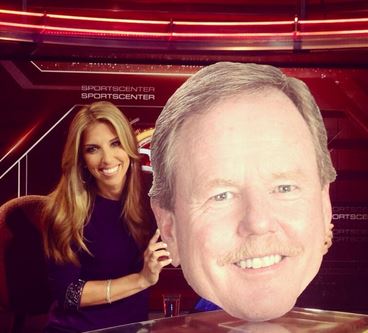