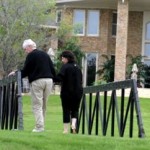 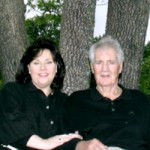 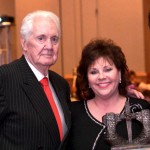 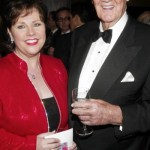 Pat Summerall’s wife Cherilyn Summerall will miss her husband’s voice at the Super Bowl this year, as will his many fans. Summerall, who died in early 2013, was known as the voice of the National Football League, and announced 16 Super Bowls on network television (more than any other announcer) as well as 2 Masters Tournaments, and 21 US Opens. Known for his deep, resonant voice and a smooth, understated delivery that wasted no words, Pat called games alongside Madden for much of his four-decade long career.

After being friends for 7 years, Pat married Cheri Burns. What was the reason for their lengthy friendship? When they met, Pat was still married to his first wife, Katherine Jacobs. It was Kathy who was the prime force behind Pat sobering up at the Betty Ford clinic. But allegedly, her wake-up call also sobered up his mind, and Pat realized he had not been happy for a long time with his marriage. Thirty-nine years of marriage and three children later, Pat and Kathy divorced and remained friends.

But, in Cheri, Pat found his best friend. Cheri, a former high school English teacher, met Pat at a Colonial Golf Tournament. They got married once Pat’s divorce was final and built a magnificent five-acre estate near Dallas they named Amazing Grace. They were married for seventeen years up until Pat’s recent passing. 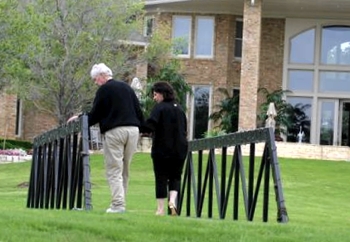