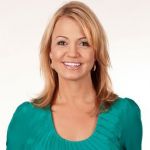 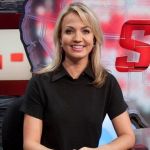 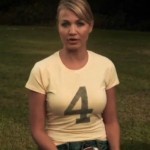 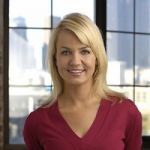 So by now, you’ve probably heard the story, which goes something like this (again, this is the reportedly fictional account of events at a 2011 ESPY after-party):
Michelle Beadle was out with her friends, for one of the first times since her breakup with ex-NHLer and current ESPN analyst, Matthew Barnaby. The 35 year old Beadle reportedly made her way to Super Bowl hero Aaron Rodgers, and uttered the line, “I just want to get f—ed,” loudly enough to be overheard by other partygoers. After being rebuffed by the SB MVP, more rumors persist that she accomplished her mission with Packers linebacker Clay Matthews.
Fast forward a few days, and Beadle was called in by ESPN bosses to discuss events at the party and address the salacious rumors. Rather than denying simply and moving on, the enraged, and increasingly awesome Beadle went on the attack demanding to know who exactly fabricated the story, announcing her intentions to hire a lawyer and sue any colleague responsible for the rumors for slander. Though eventually calmed down, the rumors made their way to Deadspin where she confirmed the rumors existence, the meeting with ESPN brass, and issued a compellingly full denial that was nothing short of totally believable. Head over to Deadspin for the full story.
Beadle has long been a favorite of the PlayerWives.com staff, and the story of the accused going on attack does nothing but make her even cooler. 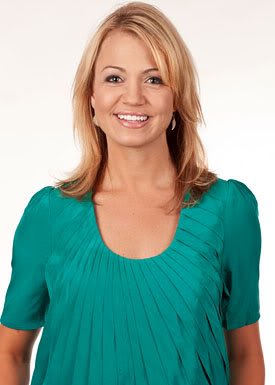