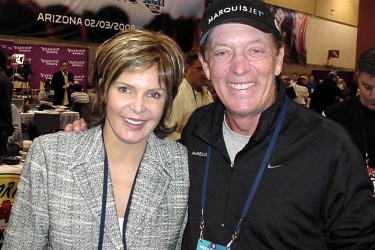 Lesley Visser and ex-husband Dick Stockton are broadcasting legends. They’re heavyweights who’ve been in the game for so long, they helped shape the language of sports broadcasting. They met in 1975 at Game 6 of the World Series. It was the classic game that Carlton Fisk won with a home run that bounced off the foul pole. People forget that was in the 12th inning! If you watch the clip, Dick Stockton was the guy who was broadcasting the game, and after the hit he delivers a fairly standard reaction from the booth: “There it goes– a long drive. If it stays fair…home run!” Visser was there too. She was covering the game as a writer for The Boston Globe.

Visser and ex-husband Stockton were married from 1983 to 2010. They had a good long run, and that entire time the two of them were staying incredibly busy doing what they do best– broadcasting sports. Lesley is now married to a fellow named Bob Kanuth. In a recent interview, Lesley said of her legacy: “This is what gratifies me. I’ve been a beat writer, I’ve been a columnist, I’ve been a feature reporter, I’ve been a panelist on The NFL Today, I’ve done the sideline thing. So having done all those jobs gratifies me that a young woman now can say I want to do that and it does exist.” Well, she’s climbed the K2 of sports broadcasting mountains for women: game analyst. She sits around with all the retired former players and talks about the game. That’s pretty outstanding. Fox has been criticized for only hiring women sideline reporters based on their looks, and this is both understandable and a little unfortunate. Visser is the one who laid the groundwork to even be a woman broadcasting sports, and she’s a real journalist. According to Wikipedia, her broadcasting credits include the Final Four, NBA Finals, World Series, Triple Crown, Monday Night Football, the Olympics, the Super Bowl, the World Figure Skating Championships and the U.S. Open. That is a consummate pro. 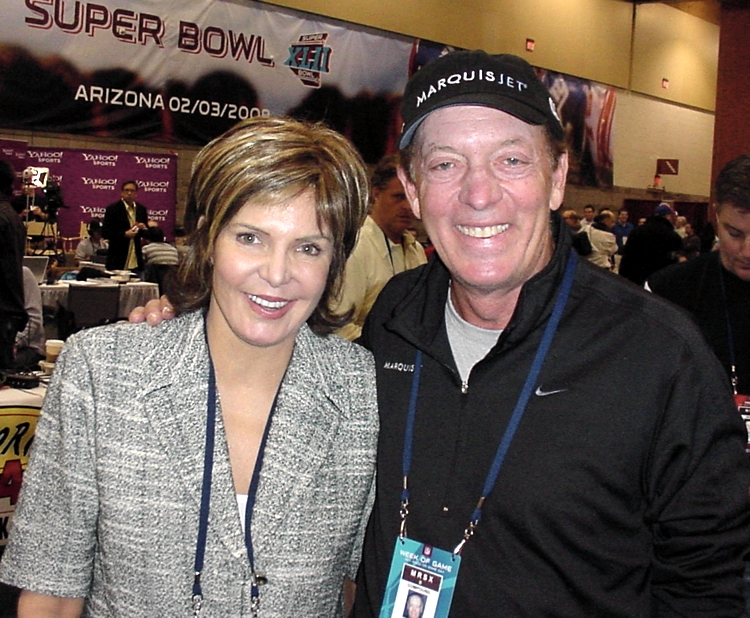