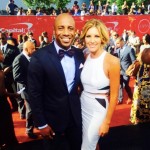 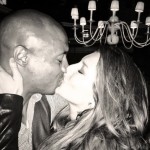 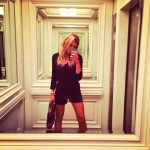 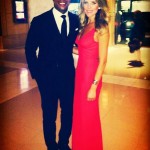 We always struggle with how to title posts like this one. Is it about Jay Williams’ girlfriend Charissa Thompson, or is this Charissa Thompson’s boyfriend Jay Williams? Either way, the love birds would seem to compete head to head in the sports broadcasting arts, and while all of Charissa Thompson’s career aspirations may have com true, this definitely isn’t what Mr. Williams planned. As you may or may not know, Jay suffered some pretty jarring injuries back in 2003 when he crashed a motorcycle into a streetlight and cried out for mercy from the gods of career-ending injuries. They did not heed his calls, and he was dropped from every team that he tried to play on afterwards.

Charissa Thompson’s boyfriend’s once promising career lasted just 75 games. He was drafted second overall at the age of 21, and he averaged close to 10 points per game his rookie season. The injuries he sustained were just the right combination to put him on the screwed-for-life list of professional basketball players. He and Greg Oden have some things in common. Anyway, Jay Williams is now kicking it with his new girlfriend Charissa Thompson, who is known for looking good in front of a camera and being into sports. Fox Sports knows what people like. She graduated from UC Santa Barbara in 2004 and became the hot chick who the broadcasters on NFL On Fox check in with on the field. I’m pretty sure she’s most known for reporting on what was going on during the game on the sidelines and in the huddle etc. There’s actually a Youtube compilation of her “check-ins” from games. I guess some obsessive fan has way too much time on their hands. It has basically no value unless you just really like watching Charissa Thompson talk about sideline activity. Maybe it was Jay Williams who put the Youtube clip together.

Now Jay Williams girlfriend has probably been hit on by dozens of NFL players, and lucky for Jay, it may be part of her contract that she can’t date any of them. I’ve always wondered how often pro players hit on the hot women who interview them. My estimation is that it is very, very frequent. I’m going to assume dating Jay is a pretty solid fit since they both have pretty much the same job. Currently, Williams’ girlfriend Charissa has been recruited to talk about celebrity gossip with the beautiful-woman-engulfing Mario Lopez. So are they going to keep the same “checking in” format and have her report live from the streets of Beverly Hills and update people with injuries to actors and famous people? 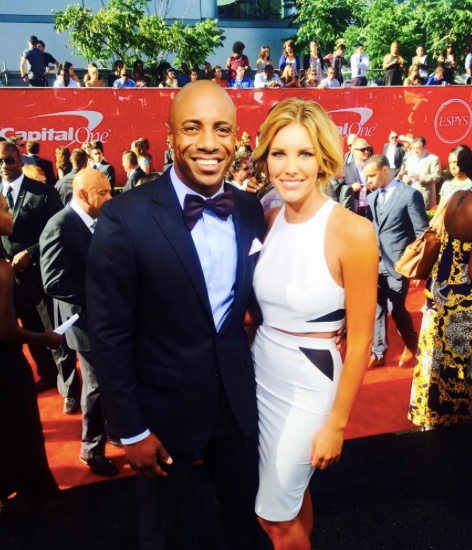