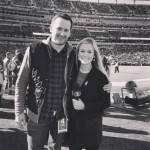 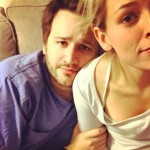 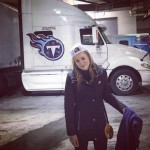 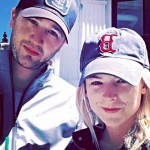 I’m pretty sure there’s a lot of men out there who’re jealous of Jamie Erdahl’s boyfriend Sam Buckman. The guy’s apparently a great guy, too, so it makes it all the more stinging for those fans of hers. I, on the other hand, could care less that the lovely Jamie is hitched.  I no longer have access to any sportscasting, so I haven’t been able to develop a crush on her. She’s just a blonde woman to me, and thus I can describe her lifestyle without any personal bias [Editor’s note: Hey, we had her back when she was the Bruins sideline reporter.  She’s one of ours!]

First off, most of the activities sportscasters and broadcasters do off the field tend to involve sports, and Sam himself is a sports fan (as are most American men). That in itself works out for Jamie. Jamie Erdahl’s boyfriend is a guy who sells medical equipment. Jamie does a lot more traveling than Sam does for her job, but Sam himself often has to travel on a more regional scale. For instance, Sam may have to travel to Buffalo to do some selling to a hospital there, but Jamie may have to travel to London to commentate on an NFL exhibition there. The couple reside in New York. Jamie posted a picture of a watch that Sam bought her for her birthday about two months ago. It was pretty nice.

Jamie’s a down-to-earth kind of person. She likes eating at Shake Shack, a New York burger chain that’s been gaining a lot of steam the past few years. On 8th Avenue, there’s a huge Shake Shack with a 42nd St.-style neon sign. Some people wonder what the big draw is, and the answer, as Jamie could tell you, is simple: tasty burgers and fries. Also, in case you’re wondering what allergies Jamie has: she’s allergic to seventeen different types of trees, cats, and soy beans. 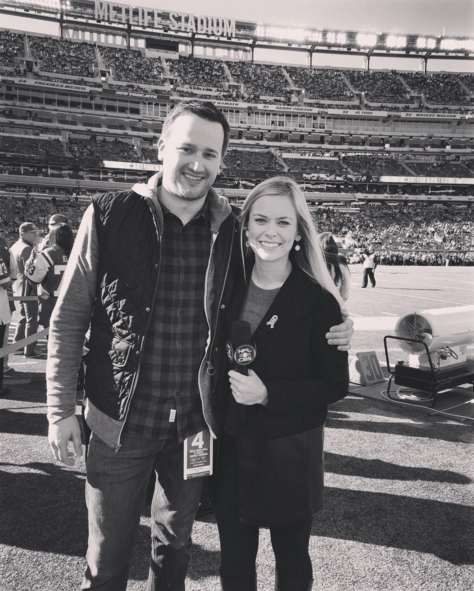