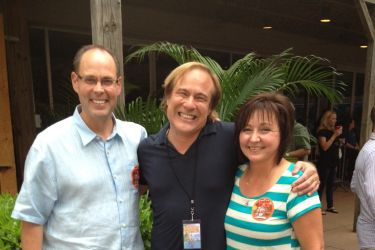 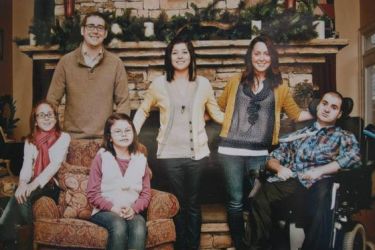 Ernie Johnson’s wife Cheryl Johnson is a saint, and Ernie himself is a great guy.  In 1991, Cheryl told Ernie she needed to go to Romania to try and help with their exploding orphan population. She aimed to find a very young child (under a year) without any permanent handicaps. Instead, she found a three year-old boy with a host permanent disorders to contend with.  Rather than passing on the hard work that raising him would incur, she worried of his future.  She told Ernie about him over the phone, and Ernie told her to “bring him home.” Ernie and Cheryl Johnson are heroes.  The word “hero” is thrown around a lot.  But it’s as appropriate an adjective as possible.  Heroes.

Their son Michael is now 29. He suffers from severe muscular dystrophy, which is a hellish disease that causes one’s muscles to atrophy and dissolve away. That means every muscle– like the muscles you use to play guitar, the muscles you use to speak, the muscles you use to breathe. Think about that the next time you want to feel sorry for yourself.  He uses a wheelchair and permanent ventilator with a tracheostomy tube.  Because of Ernie Johnson’s wife’s compassion, he’s had opportunities and care he likely would not have had in Romania.

Since there is no cure for muscular dystrophy, his disease gets worse every year. Ernie says of his son that “every day is a blessing”.   It didn’t end with Michael.  The family has adopted four children, as well as their two biological children.  One of them, Maggie, was inspired by her parents to become a special education teacher.

“Every child has the right to a home. Any time I can, I speak to the benefit of adoptions for both parents and children, I never hesitate. At the same time it wouldn’t be an honest portrayal if people thought I was preaching something that was all blue skies.”

Ernie Johnson’s wife came into the picture when she was the drive-in teller at a bank back in 1979. Ernie was a news anchor for a station in Macon, Georgia. He somehow managed to start dating the bank teller. That’s pretty impressive. I mean, I guess you just sit in the car and talk to her during the banking exchange or whatever. Anyway, Cheryl and Ernie are awesome. 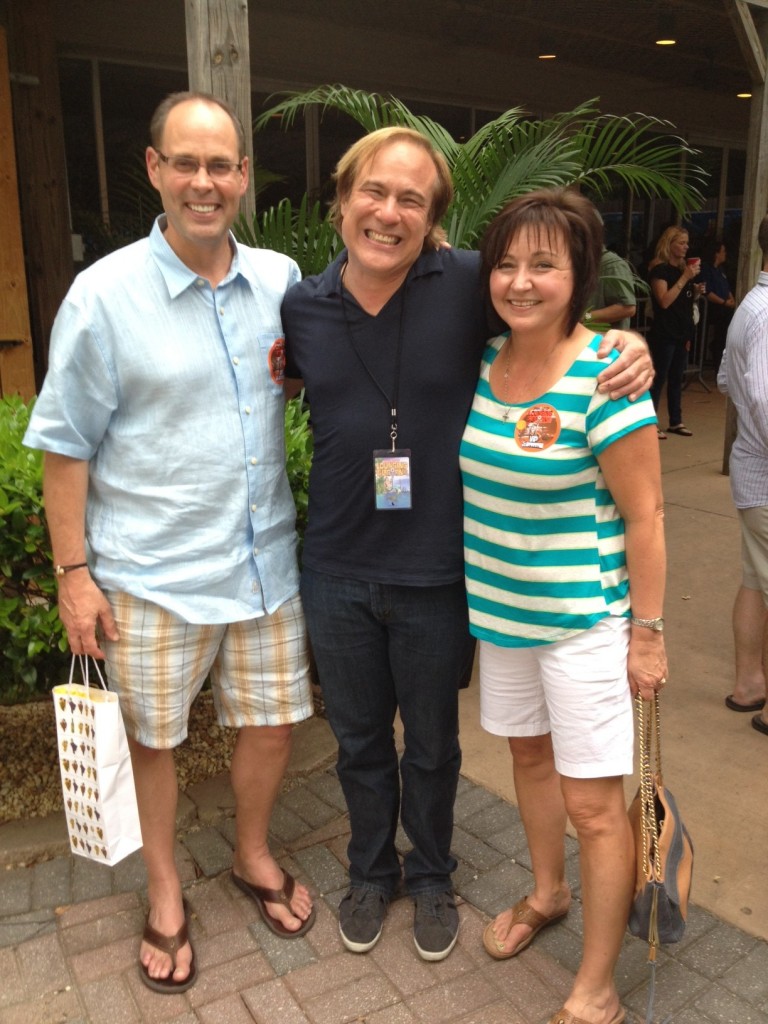