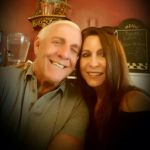 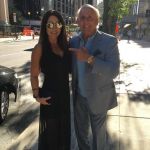 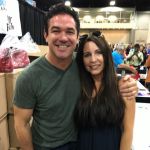 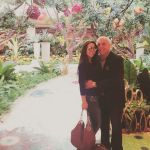 Ric Flair’s girlfriend Wendy Barlow is actually his fiance.   TerezOwens.com reports the pair made it official on July 17. This will be his fifth wife.   The longest marriage he had lasted 23 years and was with Elizabeth Flair. About a year ago, Elizabeth had some words on Twitter about some writing the WWE did where a wrestler said that one of her deceased children “did not have much fight in him.” Of course, a mother is not going to be so happy about a line like that, and she said it was disgusting, disrespectful, cruel, and sad. I get it.  I can understand why anyone would be upset.

Though, Wendy is another story altogether. Ric Flair’s girlfriend does not have any children with him, and their relationship is relatively new.  Ric and Wendy have been together for three years.  Here’s where it gets weird.  Apparently, Ric Flair’s latest ex-wife Jackie Beems threatened Wendy on the phone.  This happened with Ric and Wendy first got together in 2013.   But, in 2012, Beems allegedly physically assaulted Ric as well.  Flair refused medical treatment and refused to press charges.  I don’t blame the guy.  It probably wouldn’t go down well in the WWE locker rooms if the other wrestlers heard Flair was beat up by his wife.  Beems cited “illicit sexual activity” as her reason for divorce when filed.

So what about Ric Flair’s girlfriend Wendy Barlow? Well for starters, the duo travel everywhere together. But, hat has a lot to do with Ric’s ceaseless involvement in the WWE. There’s an interesting picture of Wendy taking a snapshot with her phone of Ric getting ready for an appearance on a WWE show. They’re in the backstage dressing room and he’s donning his famous robes. Not surprisingly, Ric Flair is good friends with Bret “The Hitman” Hart. He featured him on a podcast that he runs occasionally.