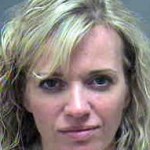 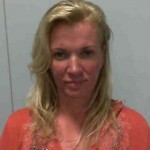 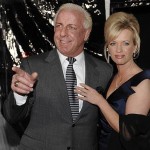 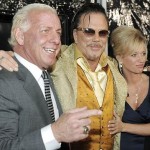 Ric Flair’s wife Jackie Beems has had to deal with a lot since he stopped wrestling full time. Upon hearing reports of another incident at Logan Airport in Boston, it sounds like this trend will continue. We’re getting depressed with the frequency we have to write this post. You know the post by now, “Professional Athlete X involved in alleged domestic assault.” However, despite the frequency that we’re forced to write this refrain, it’s not every day when the details pan out like this.

Wrestling legend, icon, WWE Hall of Famer, and 16 time World Champion Ric Flair has finally started to slow down on the frequency of his appearances with any of the various professional wrestling organizations. Apparently time at home has started generating some issues with his wife, Jacqueline Bains Beems.Ric Flair’s wife Jackie Beems is alleged to have attacked Flair in their Charlotte condo on Monday, June 25, 2012. Police were called to the residence around 9:40pm, but noted that Flair’s injuries did not require medical attention, and no arrests were made. While this isn’t a joking matter, no one can be surprised that Flair refused any medical treatment, and denied pressing charges… I mean how would that go down in the locker room at Raw, Smackdown or TNA? Beems has had a rough start to 2012, after being popped for DUI on March 31, 2012.

It’s not the first time the two have been engaged in a domestic altercation, after Beems was previously arrested for assault in 2010 after allegedly punching The Nature Boy in the face. Flair again refused medical treatment in that altercation and charges were dropped later that summer. In neither case were there any allegations of Flair laying hands on Beems.

Flair and Beems were married in 2010, which was Flair’s fourth marriage. His first marriage to Leslie Goodman began in 1971 to 1983. He married his second wife, Elizabeth Flair later in 1983, which lasted until 2006. In 2006, Flair tied the know with Tiffany VanDenmark, which ended in late 2009. Flair and Beems actually met in 2004, which happened to land during his second marriage. 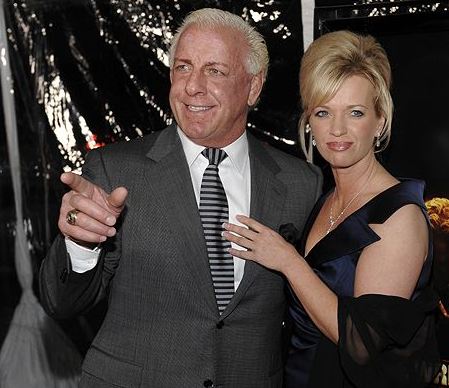