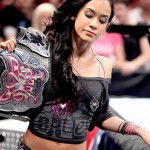 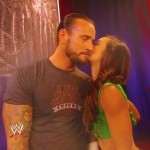 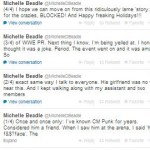 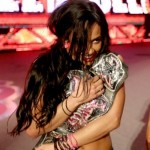 The WWE universe is complicated.

We’ve heard rumors, and we’ve heard insane stories in the past which all seem to be works leading up to more significant story lines in the future. Often times, the WWE tries to insist themselves on the unwitting, and usually uncaring public when it involves a celebrity in some fashion. While past storylines have included Mike Tyson, Floyd Mayweather, Maria Menounos, and regrettably Snooki, all of those individuals have been pushing something of their own. With the most recent WWE star and celeb brawl, a seemingly un-agenda’d Michelle Beadle has been involved in a fracas involving CM Punk’s girlfriend AJ Lee.

We’ll start with this: CM Punk’s girlfriend AJ Lee is his off-screen girlfriend. In advance of the WWE’s annual Tribute To The Troops show, which wrestling fanatic Michelle Beadle had been hired to host, an altercation took place where Lee made a public display of shouting at her in the backstage area.

According to the most reliable source (Beadle herself), she approached her friend, Punk, with a familiar greeting. Actually, let’s let her tell the story (through her Twitter account):

Once and once only: I’ve known CM Punk for years. Considered him a friend. When I saw him at the arena, I said ‘hey f&$?face’. Exact same way I talk to everyone. His girlfriend was no where near this. And I kept walking along with my assistant and two members of WWE PR. Next thing I know, I’m being yelled at. I honestly thought it was a joke. Period. The event went on and it was amazing. So I hope we can move on from this ridiculously lame ‘story.’ As for the crazies, BLOCKED! And Happy freaking Holidays!!!

WWE insider, Dave Meltzer proposed a slightly different recount of the interation, saying that this started when Lee was told to shoot a promo with Beadle. When she approached Beadle to ask questions, Beadle was unaware they were shooting together. At this point, AJ Lee (and boyfriend CM Punk), launched into a tirade, swearing at anyone within earshot.

Whether this is a shoot or not, we’re not entirely sure. What we are sure of is that Wrestlemania is 3 months away. Will Beadle be there? We’ll see…. 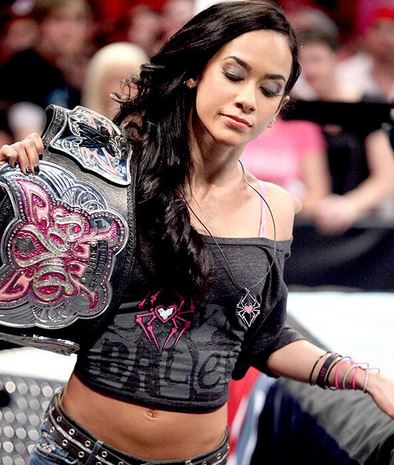