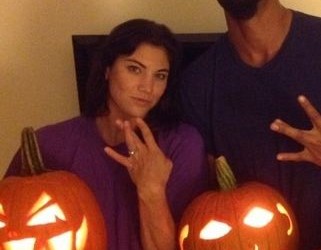 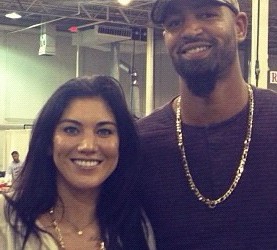 We give up. It’s officially impossible to figure out Hope Solo’s dating life.

During the 2011 Women’s World Cup run, we learned that Hope Solo was dating Adrian Galaviz, though their relationship has been in and out of the press, and appears to have been that of the on again off again variety. There were rumors of Hope hooking up with her partner Maksim Chmerkovskiy during her stint on Dancing With The Stars, which was ultimately rebuffed when she appeared in public with Galaviz again. During the 2012 Olympics, an innocent picture tweeted out made it seem like a lesser known rapper named Kwame Darko was Hope Solo’s boyfriend. That was suspect at best and never panned out.

However, this one seems to have come out of left field. Apparently Hope Solo has married former NFL Tight End, Jerramy Stevens after the two began dating in mid August. The two applied for a marriage license on November 8 last week, and had plans to tie the knot on Tuesday, November 13 of this week. Though this stunning turn of events definitely caught us off guard, what’s even more stunning is that Stevens was arrested Monday night for domestic violence against Solo. The two are rumored to have been arguing over where to live, Florida or Washington. That didn’t slow things down, as Dave Mahler of KJR Radio in Seattle tweeted that the couple married Tuesday night, just hours after Stevens was in court for a probably cause hearing for the domestic assault in question. Charges were dropped against Stevens when a judge determined there was not enough evidence.

This seems like an odd pairing in general. Aside from geographic proximity of both in the Pacific Northwest, it’s tough to see these two together. Hope Solo is of course the US Soccer Gold medal winning goalie with a pretty clean image. Stevens is an NFL flunk out who was dogged his entire career for a bad attitude, and of course his incredible history of run ins with the law. His resume includes multiple arrests for assault, marijuana, reckless driving, and sexual assault.

Despite Solo’s made for TV movie life with her gold medal as the backdrop to the movie’s apex, I feel like this is a brand new ending. This just seems like it’s destined to end very quickly, and equally as badly. 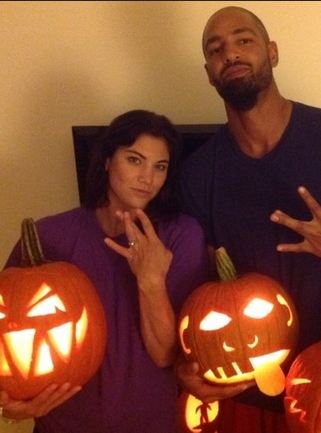