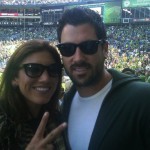 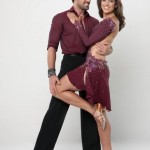 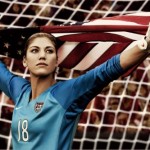 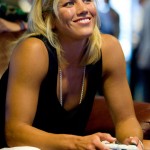 10/08/2011: OK, so we have the New York Post to thank for this update, but it now appears that Hope Solo is either still with, or back with boyfriend Adrian Galaviz. While Maksim appeared to have the romantic “in” with his 2011 Dancing With The Stars partner, it does appear that his efforts are for naught. Adrian has survived Hope’s ascension to super-duper-stardom, and appears to be staying put. We’ll keep you updated.


09-21-2011: So it looks like Hope Solo, unlike Ron Artest Metta World Peace, will be sticking around Dancing with the Stars for at least another week. Hope and her partner turned in the second highest score of the night, which bodes well for her future on the show.

As the Fall, 2011 season of Dancing With the Stars approaches, rumors of dancing partners becoming partners off the floor begin to fly. As with many couples in the past, rumors have started swirling the Team USA Goaltender Hope Solo is dating Maksim Chmerkovskiy who she will be dancing with on the show. TerezOwens.com was the first to report the possibility after they were photographed together at CenturyMark Field in Seattle over the weekend. After some research on our part, and some leaps of faith, we’re pretty sure they were attending a Seattle Sounders soccer game. Why do we make this jump? The Seahawks were on the road, the stands aren’t entirely full, and the Sounders played a day game Saturday afternoon.
During the 2011 World Cup run, we came across some information on one of Hope’s previous relationships, with some fuzzy details regarding their current relationship status. Maksim was also previously linked to another show dance partner, Erin Andrews. Stories later emerged that the two were in fact an item during the show, but nothing progressed beyond that point, and neither party ever confirmed.

Keep it here on PlayerWives.com for continued updates on Hope Solo, any “showmance,” and her DWTS progress. 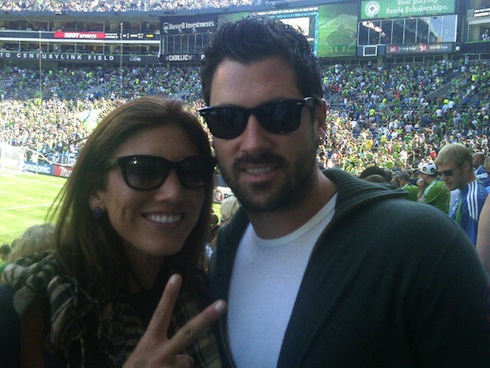