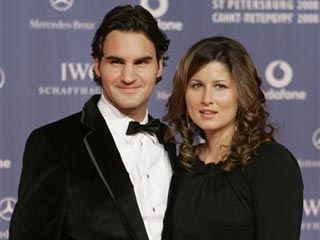 Roger Federer met his wife Mirka Vavrinec at the 2000 Sydney Olympics when they were both playing Tennis for Switzerland and have been together since. They were married in a secret ceremony in April, 2009. Mere weeks after Federer won his sixth Wimbledon title, Mirka gave birth two twin girls, named Myla Rose and Charlene Riva. In an interview following one of Federer’s Wimbeldon matches, he credited Mirka’s calm pregnant demeanor with his success, saying:…

Jason Bay and his wife Kristen Bay began dating in 2004, and were married on November 6, 2004. They have two daughters together, Addison, born November 19, 2006, and Evelyn, born on September 16, 2008. Kristen Bay’s maiden name is Kristen Beaulaurier. Jason and Kristen Bay live in the Seattle area in the off season, and Kristen is extremely active with the Seattle Ronald McDonald Foundation. 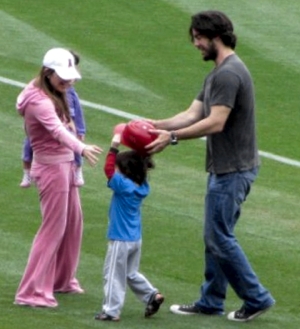 Dan Haren’s wife Jessica went to UC-Santa Barbara, which is located near Pepperdine University (where Dan went). They met at a party through mutual friends during his sophmore year when she was a freshman. Luckily, when he left college and went into the minors, he was still located relatively close by and was able to see his wife, by sleeping in the garage of a teammate. Dan Haren was married to his wife Jessica Haren… 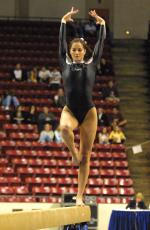 Andre Ethier’s wife Maggie Germaine Ethier was a 4 year All American gymnast at ASU.  She later went on to help coach the school’s team on a volunteer basis. Right here is where I would normally interject a wiseass comment about how awesome the sex must be.  However, Andre Ethier’s wife is Mormon, as evidenced by the fact that the ASU football coach tried to use her to help recruit another super Mormon Ben Olson…. 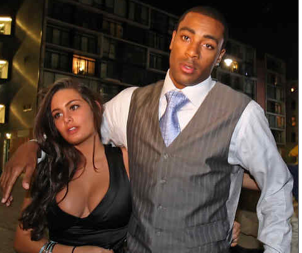 Wayne Ellington’s girlfriend Amanda Altschuler is a 19 year old college student at Drexel and is from Philadelphia. Not much was known about Ms. Altschuler before she showed up at a draft party with Ellington.  A viral campaign has sent her around the internet since then.  The good folks as Busted Coverage unearthed the gem that she is a model working for Explore Talent.  On her site on the Explore Talent website, it says she… 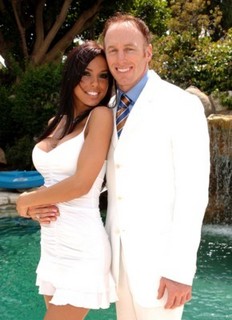 Jeff Garcia’s wife Carmella Decesare was born in Avon Lake, OH, on July 1, 1982  and currently resides in Manhattan Beach, CA. The two were married April 21, 2007.  They have one child together, Presley and are now expecting a second child. For a 27 years old, she’s done a lot already. Carmella posed in Playboy as Miss April, 2003.  She was voted the 2004 Playboy Playmate of the Year and has gone on to…

Mark Sanchez’ Girlfriend Hilary Rhoda was born in 1987, in Chevy Chase, MD. She is an accomplished model with a wide array of advertisements to her credit including, Gucci, Gap, Dolce and Gabbana, Ralph Lauren and Victoria Secret. Sean Avery who made the infamous sloppy seconds joke about ex-girlfriend Elisha Cuthbert, is now honing in on Mark Sanchez’s girlfriend. According to the New York Post, Avery and Rhoda were seen “canoodling”(their word, not ours) while…