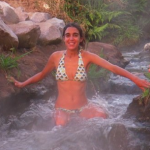 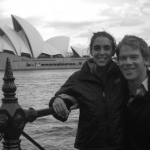 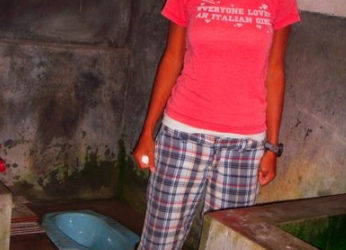 Steve Gleason’s wife Michel Gleason has traveled to many an exotic locale with Steve. Their recent trips include sojourns to New Zealand, a trip to Sydney Australia, and a stop off in Thailand. Steve of course brought a book about the making of The Lord of The Rings movie so that he could look for spots they used in the film while they were hiking. Their trips included a nice scenic shot of the Sydney Opera house and Michel taking a photo of Steve next to a sign for Australia’s Longest Straight Road (90 miles without a turn).

Steve and wife Michel are also the proud parents of Rivers, who Michel called a “6 lb. version of Steve-O.” The couple had been trying to have a baby for awhile when Steve was diagnosed with ALS. They did not meet in college, however, as Steve attended Washington State and Michel is a graduate of the University of Colorado. They currently reside in New Orleans, and Steve is doing all he can to combat his ALS. This battle was featured on a short documentary episode called A Football Life, and the episode came out in 2013.

At one point back in 2012, Steve was being filmed to document his life with ALS and his looking forward to a son, but the filmmaker, Sean Pamphilon, captured some audio of the New Orleans Saints defensive coach Gregg Williams apparently encouraging Saints players to injure opposing 49ers players in an upcoming playoffs game. The scandal was called “Bountygate.” Steve was apparently peeved about the release of the tape because he said he never authorized it. I wonder what Steve’s wife Michel thought about the whole thing– probably not much. Steve himself had nothing to do with it other than the fact that he was being filmed for something else entirely. 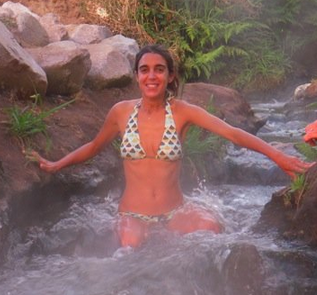