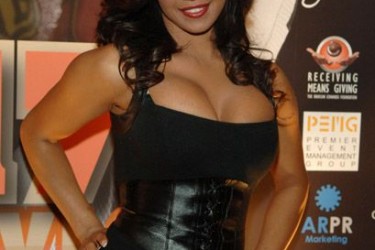 UPDATE: 01-19-2014: After having been accused of multiple rapes, hopefully Darren Sharper’s girlfriend Elizabeth Morris is still also a publicist, cause he’s gonna need her. Then again, if she is still his girlfriend, something tells me she won’t be helping him.

OK, so try to follow this weird web of a reality TV love pentagon.

Meet Dollicia Bryan. She used to date New Orleans Saints Super Bowl champ, Darren Sharper. There are rumors online that Dollicia slept with Reggie Bush, though we openly admit that piecing the timeline together has been a struggle, so we’re not suggesting that she cheated on Sharper with Bush or vice versa. From things we’ve heard from clubhouse confidants, passing girls around amongst teammates can be a common practice, so none of this surprises us. There are rumors that Dollicia slept with Reggie Bush while he was still with Kim Kardashian, and that now Kim Kardashian and Dollicia have a feud developing. That feud was fueled by these comments made by Dollicia to King Magazine in July 2011:

“We’re two different women. I’m a mother, so I can never be famous for leaking a sex tape… there’s a huge difference between us. I’ll stay the Queen of talent and acting, but as far as being the Queen of who I’m dating and being in the media all the time; she can stay the Queen of that.”

Now reports are surfacing that whether in a spiteful move, or pure coincidence, Dancing With The Stars hopeful Rob Kardashian is dating Dollicia Bryan (though according to some of these online rumors most notably from MediaTakeOut and The Hollywood Gossip, using the word dating may be taking a loose interpretation of the word). According to these same rumors, Kim is now furious with both her brother, and who appears to be her bitter rival. MediaTakeOut reports that Rob and Dollicia have actually moved in together. Even though Kim is pissed, Khloe Kardashian and her husband Lamar Odom’s must be thrilled for Rob to have finally moved out, right?

Now Dollicia has the female version of Jeter-esque dating resume: In addition to Sharper, Bush, and Kardashian, she can also add the names Bow-Wow, Shawne Merriman, Jamie Foxx and Kanye West to the list of celebrities that she’s been romantically linked (though Foxx and West appear to be speculative online rumors at best). 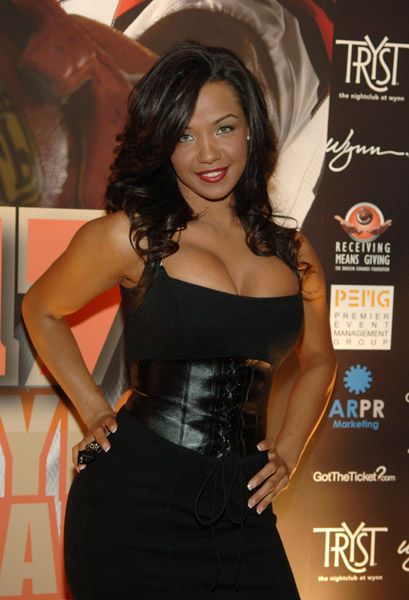