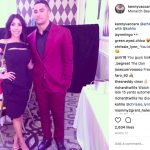 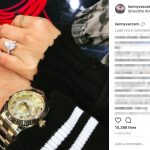 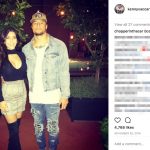 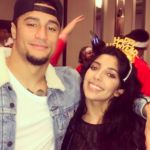 Kenny Vaccaro’s wife Kahli Vaccaro became engaged to him on November 2, 2017. He shared a picture of the ring he put on Kahli’s finger on social media. The ring appears very large, and Kenny himself wore a gold Rolex watch in the photo. Since they will marry soon, we will refer to her as his wife. They did not yet mention a date for the wedding because the proposal just happened. Kahli is also the mother of at least one of his two young boys. In July, both kids accompanied Kenny and Kahli to Universal Studios Hollywood. Kenny took pictures with them and Spongebob Squarepants. One of the boys, Kenny, turned five in February. Kenny shared a picture of the young boy on his birthday.

On April 15, Kenny Vaccaro’s wife enjoyed Coachella Festival with him. Also in attendance was Kenny’s good friend Kenny Stills. The two often friends often appear together on social media. It’s also noteworthy that Kenny and Kahli traveled to Kenya for charity work in March. They stayed until early April. Kahli appeared in a photo in March hugging kids there. Prior to their trip to Kenya, the couple and friends traveled to Dubai. Some activities there included golf, camel rides, beach, and shopping. Kenny also traveled to Amsterdam and Paris in March, though there are no pictures of Kahli in those cities with him.

Last year, Kenny Vaccaro’s wife spent time in Baja California, Mexico. That trip occurred in July of 2016. Kenny himself hit golf balls into the ocean. Is that technically polluting? He invited the Saints player Alex Okafor to join him and his lady. In the dog department, we are happy to report the family also owns a small French Bulldog. His name is Leonardo, and he is certifiably adorable. The first picture of the pooch appeared in April of 2016.

On November 3, a local New Orleans news station reported a story about Kenny not standing for the National Anthem. According to the WWLTV, a war veteran named John Wells refused an award because Vaccaro and Cam Jordan refused to stand. Vaccaro responded on social media with a slew of comments. He said the crowd boos him and Jordan because they bring awareness to a cause that makes them uncomfortable. Vaccaro stressed it is not about the flag itself. He then emphasized that they announced they would do it beforehand. Kenny also suggested they not attend the game if they couldn’t handle it. Kenny Vaccaro’s wife attends games whenever she can. 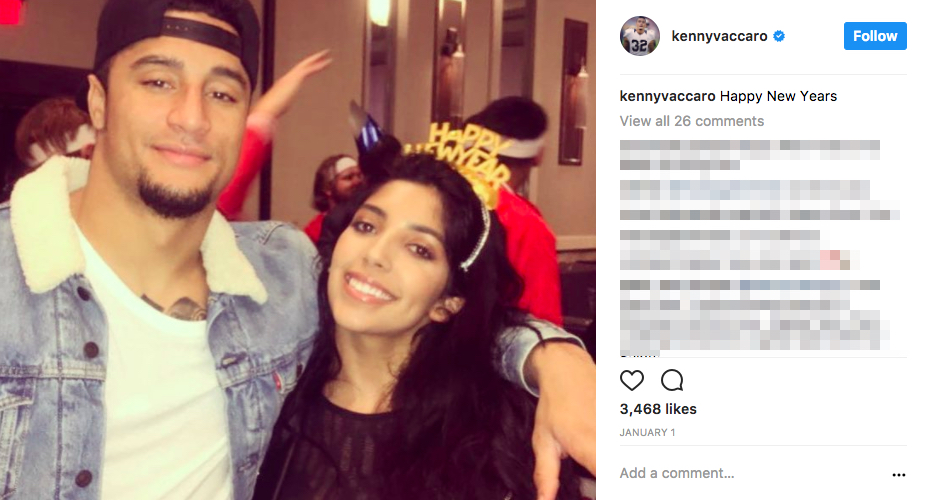