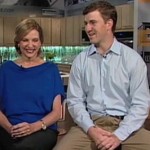 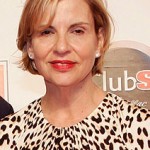 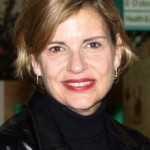 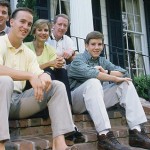 With Eli Manning leading the Giants into the Super Bowl being hosted in Peyton Manning’s hometown team’s city, we know that the Manning family will be prominently featured during all the various game coverage. With that in mind, let’s meet the Olivia Williams Manning, aka the matriarch of the Manning family; the wife of Archie Manning and the mother to Peyton, Eli and Cooper.

Archie Manning met the former Olivia Williams while attending Ole Miss together. Archie, obviously leading the Ole Miss football team followed every stereotype in the book, when he began dating Olivia, who also wound up being the homecoming queen her senior year. The two were married in May, 1971, shortly after Archie was drafted by the Saints with the 2nd pick in that year’s draft.
Archie and Olivia had their first son Cooper in 1974, with Peyton and Eli born in 1976 and 1981 respectively.

Aside from being the only female in an entirely male and entirely football crazy household, Olivia has developed a name for herself as an incredibly devoted charitable figure. Olivia has worked tirelessly in the family’s hometown of New Orleans, especially following Hurricane Katrina. Though the Manning’s home in the Garden District escaped significant damage, Olivia joined a foundation, “Women of the Storm,” which aided in the efforts to help rebuild the city.
Women of the Storm is a charity which states it’s mission as, “to educate leaders and gain attention to the scale and breadth of devastation caused in the wake of Hurricanes Katrina and Rita by inviting all members of Congress and others who set the national agenda to visit New Orleans and coastal Louisiana to see first-hand the unprecedented damage, the challenges of rebuilding, the signs of progress, and how Louisiana’s recovery has a direct impact on every state in the nation.” 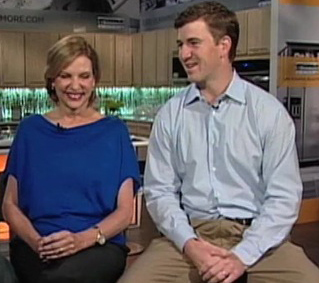