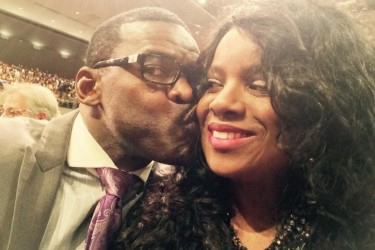 Michael Irvin’s Wife Sandy Harrell Irvin was recently brought up by Michael in order to relate a story. Michael was weighing in about a Cleveland Browns receiver named Josh Gordon who apparently is having some drug addiction issues. Cris Carter had said that the team needs to cut Gordon in order for him to learn that he must seek help and break the addiction.  Michael Irvin’s wife was given the exact same advice by Carter, when Irvin struggled with addiction.

Irvin’s exact words were: “Even though I love Cris to death… I don’t know what year it was, we were in the Pro Bowl. He said to my wife — he said to my wife — you know, Michael would never come out of this problem until you leave him.” That’s a bold thing to say to any man’s wife, say nothing about Michael Irvin’s wife.  But like Michael, I understand why he said it. Apparently there was more than just a few toots happening back then.

According to 1996 police reports when Irvin was arrested for cocaine, he was found “lying on the floor covered in cocaine with multiple strippers performing sexual acts upon him.” Well, that does indeed sound like a party, but I doubt his wife was having much fun when she heard about it. There was also another accusation by a lying cheerleader named Nina Shahravan that Irvin had sexually assaulted her, but she completely recanted the statements and ended up doing jail time for lying. Michael Irvin definitely did nothing of the sort. He seems like a good-hearted fellow.

Michael Irvin’s wife Sandy did not leave him when he was having his troubles with substance abuse, and Irvin is happy about that. They have been married since 1990, and Michael and Sandy have four kids, Chelsea, Michael, Elijah, and Myesha (from a former girlfriend). 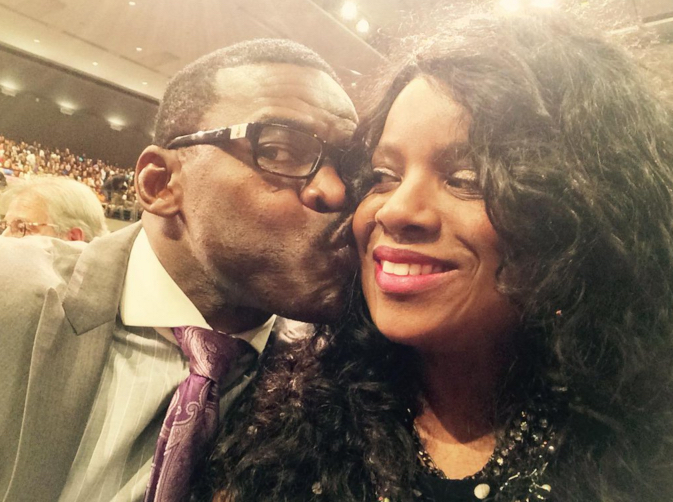