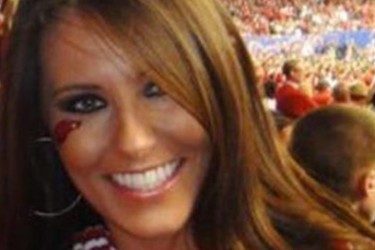 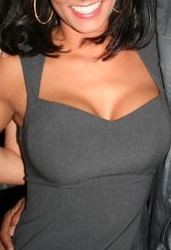 Don’t tell me we’ve got another Tiger situation on our hands here.

The Godfather of awesome sports blogs, Deadspin has combed through Bobby Petrino’s university issued cell phone and has now discovered that in addition to his overwhelming communications with fellow motorcycle crash victim, girlfriend Jessica Dorrell, Petrino was in close and frequent contact with yet another young woman. In their investigation, Deadspin has determined that Petrino exchanged at least 200 text messages from September through November with a number formerly registered to Alison Melder (including 7 picture messages from Melder to Petrino, none being returned).

Alison Melder is a 26 year old graduate from the University of Arkansas – Little Rock with a degree in Political Science. She has served as a Senate Assistant for the Republican Party of Arkansas while also being a member of the Young Republican’s of Arkansas (though any and all references to Melder have been removed from the group’s webpage). Her Facebook profile lists her as a 2003 graduate of Monticello High School, and that she’s a fan of the Baltimore Ravens, LA Lakers, and of course the Arkansas Razorbacks.
Aside from those facts, and arguably more germane to the story at hand, Melder is an accomplished bikini model, who has been reported to be “Miss Motorcycle Mania,” and the 2008 Miss Bikini USA (We’ve since learned that Melder was not infact Miss Bikini, 2008. That honor resides with Gia Allemand, and Medler was only a weekly winner in Arkansas. Thanks to Jay for pointing this out). Now do those 7 picture messages from the bikini model to Petrino (with none being returned) start to make sense?

The extent of the couple’s texting, physical or emotional relationship is admittedly unknown, though many signs are pointing to Alison Melder being another girlfriend who Petrino was dating on the side from his other girlfriend who he was dating on the side from his wife. It’s questionable as to whether or not Melder will be the last “acquaintance” of Petrino’s to be unearthed, and we’ll keep on it as they come. 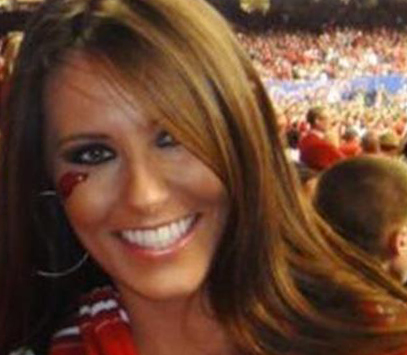