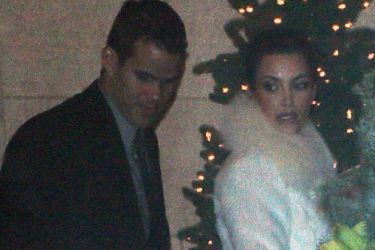 10-31-2011: The rumor mill continues to churn. After gracing the covers of every trash news “magazine” for weeks now, TMZ is reporting that Kim Kardashian is going to file for divorce today citing “irreconcilable differences”. Ehh, who cares? We’re officially done with this relationship. TMZ can keep you updated.

09-30-2011: According to OK! magazine, Kris Humphries’ wife Kim Kardashian is pregnant. Apparently a friend of Kim’s (not a good one we’re guessing) tipped OK! magazine off to the fact that she missed her period and may be pregnant. Sounds pretty unsubstantiated if you ask me, but who knows.

09-01-2011: In what should come as no surprise to anyone, it has surfaced that Kim Kardashian and Kris Humphries signed a prenuptial agreement before they wed. Obviously, the pre-nup was in place to protect Kris’ assets…

07-25-2011: God, Kim Kardashian sucks. As Kim and Kris were celebrating their bachelor and bachelorette parties in difference Vegas clubs this weekend, Kim and her party decided to go surprise Kris at his party. Seriously? The man’s last show of freedom as a single man, and she shows up? He’s not going to get another night out like this for the duration of their marriage (over/under set at 5.5 months on the length of their marriage). Seriously though, my original point is valid. She sucks.

05-25-2011: According to multiple sources, including Kim’s twitter feed, Kris Humphries has proposed to his girlfriend of six months, Kim Kardashian and she said yes. According to rumor, the ring, which has a main stone weighing in at 16.5 karats and a total weight of 20.5 karats, cost $2 million. No word on how Humphries actually has $2 million or whether Kim actually helped pay for it. I never thought I would have to write something as absurd as this, but Kris Humphries wife is Kim Kardashian. Jesus.

Rumors that Kris Humphries’ girlfriend is Kim Kardashian began in early December. Talk intensified over the weekend when Kris and Kim were spotted partying together at the Z100 Jingle Ball, before returning to her hotel early Sunday morning. Kim was later courtside to see her new boyfriend take on her sister’s husband and his Laker teammates in New Jersey.

Kim does seem to have an affinity for high profile athletes. Following a long, roller coaster relationship with Reggie Bush, she hooked up with Cowboys WR Miles Austin.
At the rate of athlete skill and profile drop off, it stands to reason that Brian Scalabrine has a good shot at being next up. 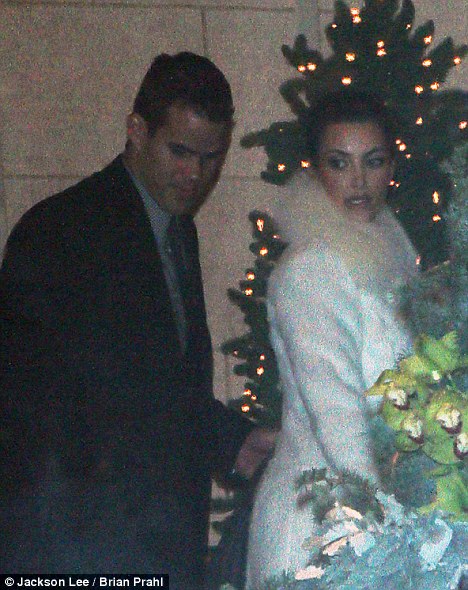