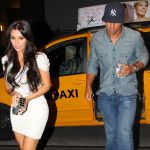 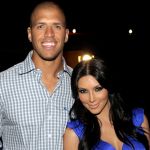 The two began dating in June, 2010, only to split up in September, 2010. Only a week before the split up, the couple reported being “better than ever.” A rep for Kardashian explained the breakup as: “There’s no huge reason except their distance apart. With his season and Kim’s filming, it just slowly split them apart.”