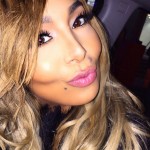 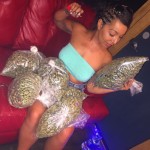 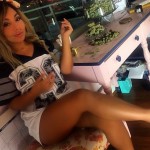 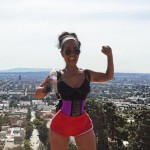 The woman alleged to be Nick Young’s girlfriend (or, ex-girlfriend, we’re not so sure) Donatella Panayiotou enjoys herself some cannabis sativa. There’s a pretty funny picture of her wearing a cannabis-styled sports jersey, sitting down at a table with a glass cake dome filled with the buds of the plant, and there’s still more in a glass dish. I guess self-medicating is her thing, and she seems to have an affinity for quotes about finding peace and not letting things bother her. Any time you see an abundance of these quotes in a sports girlfriend’s profile, it’s generally because there’s some overcompensating going on, and a lot of things probably bother her.

Donatella seems like a sensitive person, and apparently she was quoted as saying “Sex was over really quickly. He’d say, ‘I just need to get used to you.’ That didn’t happen.” Yikes! Still, there’s a possibility that she was misquoted because she later Tweeted “Someone took a pic of us without us knowing and sold it to the tabloids. I got asked for a comment and this is what happened.” Who knows.

Rumors allege that Nick Young’s ex-girlfriend Donatella Panayiotou apparently started dating him shortly after he got engaged to Iggy Azalea, whom we covered back in 2014. There had been rumors of Nick being unfaithful to Iggy before, and this one could be a deal-breaker, though all the money and fame is sure to be hard to break away from.

This is not the first time Donatella has been in the middle of a couple. Back in 2013, Panayiotou sent a letter to a woman named Helen Flanagan whom Americans probably have no clue about but who is well-known in Britain. She had been a couple with a famous footballer named Scott Sinclair, and she received a long letter from Donatella about their encounters. So this is kind of her thing, though it really isn’t her fault that guys in relationships continually want to get with her. It’s just humans being human. Donatella had previously been a British television reporter of sorts for a station called Sky TV (they show F1 races). She’s also been a VJ on MTV, from what I understand. Those are two really cool jobs, and hopefully she’ll get some more gigs of that nature and stay out of the media’s gossip radar. 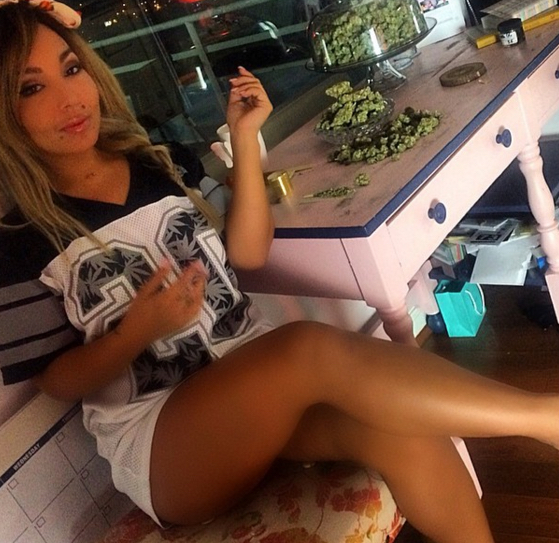