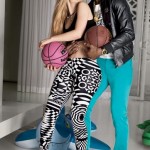 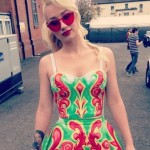 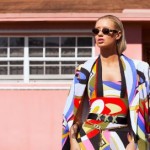 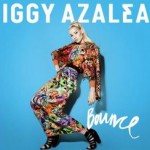 Nick Young has had a hell of a year for himself. And if you don’t want to take our word for it, Nick Young’s girlfriend Iggy Azalea will help set the record straight.

The 7th year swingman has had a big year for the admittedly struggling Los Angeles Lakers, and is taking that fame to new heights.  Young took to Twitter to declare Austrailian rapper his #WomanCrushWednesday and the rest is history.  The couple later met  up in Los Angeles and began dating from there.   In an article in GQ, Azalea explained what she saw in the man they call Swaggy P.

Not to be outdone, Nick Young chimes in on what attracted him to Iggy

Because of the way she dresses and her, uh, figure. It’s hard to top that,ya know?

To save you guys the legwork of having to look it up yourselves, and considering you know that’s why our site exist, we dug for some more information on Iggy Azalea.   Iggy, born Amethyst Amelia Kelly in 1990, is a model and rapper made famous for being one of the first non-American females to ever be named one of XXL’s Freshman talents.  Iggy previously dated A$AP Rocky, which included her getting a tattoo of A$AP on her fingers.  After the couple split in July, 2012, Iggy went through the process to have the ink covered up leaving her readily available to take up with Young in November, 2013. 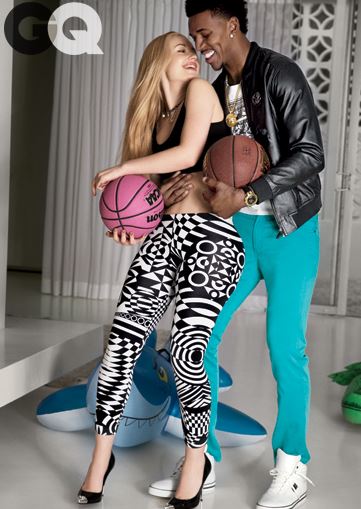