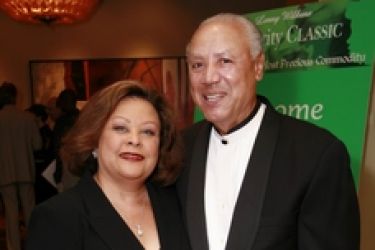 Lenny Wilkens’ wife Marilyn Wilkens has been married to the old chap for a very long time. I don’t know when they were married, but they’ve been giving to a place called the Odessa Brown Clinic since 1970, so that gives you some idea of how long they’ve been together. That’s 45 years right there, and Lenny himself was born in 1937, so he’ll be 80 in two years. That’s an impressive run of years in its own right.

That giving streak I just mentioned is part of what defines the best former professional coaches. I hesitate to say Lenny Wilkens is retired because he’s still very active. Lenny Wilkens’ wife Marilyn Wilkens travels along with him to places all across the globe. In 2010, they traveled to South Korea and Lenny acted as a consultant for their national team. This was to try and help South Korea win in the Asian Games, which is just what it sounds like. He’s past the days when he’d take up coaching full time (since that would take him away from spending time with Marilyn, their children, and their grandchildren) but he’s still an active and competitive person. Their children were born a long time ago and are named Leesha, Randy, and Jaime. Their grandchildren are named Ashley and Nicole. Lenny and Marilyn live in Seattle, and they’ve said they’d be interested in some kind of involvement if Seattle ever gets another professional basketball team. That seems unlikely, and after all the studies that have been done proving that sports arenas don’t actually contribute much to a city’s economy, it probably won’t happen any time in Lenny and Marilyn’s lifetime.

The couple also take part in a host of other philanthropic events such as the Annual Lenny Wilkens Foundation Celebrity Classic Weekend. This event includes a dinner auction and a golf tournament. They’re overall great people when it comes to giving back. 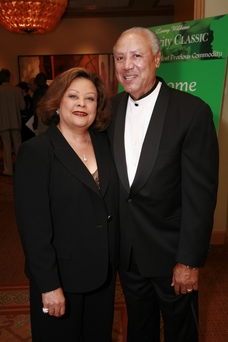