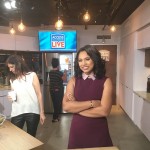 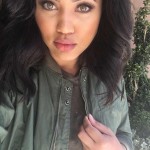 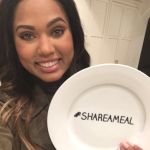 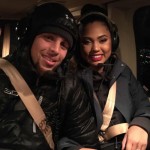 Steph Curry’s wife Ayesha Curry has to be at the top of any list of the coolest wives in the NBA.

The Curry’s took to YouTube to spin their own version of 0 to 100/The Catch Up, by Drake. The original just happens to have a shoutout to Steph, saying “I been Steph Curry with the shot. Been cookin’ with the sauce, chef, curry with the pot, boy,” While it’s definitely the most viewed video on her channel, Ayesha Alexander is no newcomer to YouTube. She owns a relatively successful channel with dozens of videos. Ayesha’s YouTube biography tells the world:

I’m Canadian born and raised in Charlotte, NC. I’m 24 years old (now 25), a wife and mommy currently living in San Francisco. My family is my heartbeat and I’ve been blessed to be able to stay at home, raise my little girl, Riley, and be a loving wife to my husband, Stephen. I love the Lord, food, and my family.

It is only appropriate Canadian teen star Drake would shout out the family, I suppose.

Steph Curry’s wife Ayesha Curry married the best player in the NBA on July 30, 2011. While his wedding is noteworthy unto itself, it’s the couple’s selfless gesture that really caught our attention.

PlayerWives.com has literally spent hundreds of hours researching the wives and girlfriends of professional athletes. Occasionally, our research will lead us to wedding registries of the athlete’s we’re reviewing. Dan Haren, Josh Beckett, Jay Cutler and of course Brian McCann all had wedding registries readily available for the public to find and shop on. Hell, Jose Bautista had a baby registry online. If you ask us, the days of tough economies and 500 point losses on the DOW, it comes across as poor taste multi-millionaires to be registering for gravy boats and wine glasses.

But, for what it’s worth, apparently Steph Curry and his wife agreed with us.

In one of the classier moves we’ve seen reported in recent memory, the newlyweds asked guests to donate to www.ThanksUSA.org in lieu of wedding gifts for the newlyweds. ThanksUSA supports active duty military personnel across all branches of the military, by awarding scholarships to their children and spouses.

Besides a YouTube channel and doing cool things for Charity, Stephen Curry’s wife is a self proclaimed actress, model, singer and musician according to her website. At the age of 4, she was cast to appear in the Tim Allen Christmas flick, The Santa Clause, but her parents decided she was too young and held off on her acting career. She ultimately began her modeling career in her teens, appearing in various print campaigns. She has made various acting appearances on a few TV shows, most notably being Hannah Montana.

Steph and Ayesha began dating in 2007. Together they have two daughters, Riley Curry and Ryan Carson Curry.  But, Riley and Ryan won’t rule the roost for long, as their little brother Canon W. Jack Curry was born in July of 2018.

Chef Curry with the Pot!

Take a look at Chef Curry With The Pot below: 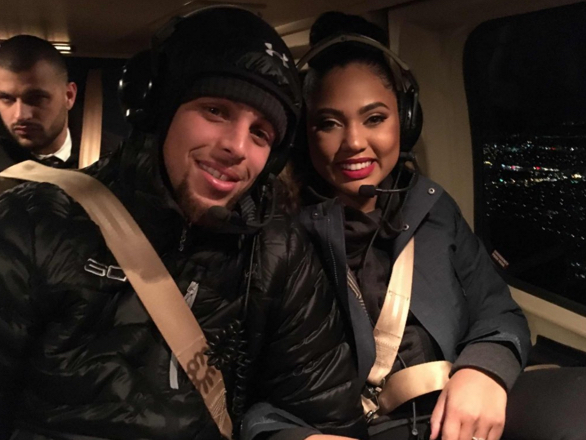