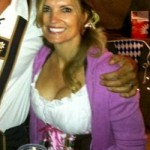 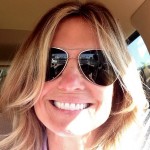 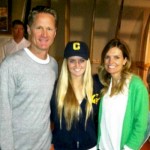 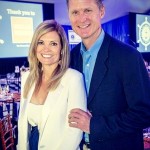 Steve Kerr’s wife Margot Kerr seems like a cool lady.Stephen Douglas Kerr, the old sharpshooter, winner of rings, loser of nothing. You can tell by her twitter account that she’s got a sense of humor and seems happy with life. She wears aviators and hails from Arizona. Chances are she’s laid back and fun, right?

Steve Kerr’s wife came into the picture during their sophomore year of college at Arizona. They married in 1990. Ah yes, 1990, the year young Margot realized she had an authentic sharpshooter on her hands (and by no means a poor man’s Mark Price). Point of fact– Steve was always a pretty deadly outside shooter; known primarily as a slow outside guy throughout college and during the 1986 FIBA World Championship, which was the last year amateurs shot hoops in that competition and won a gold. Well, Steve Kerr’s wife eventually gave birth to their three kids: Nick, Matthew, and Maddy.

Personally, I always liked Steve as a commentator on TNT. He had a straight-to-the-point, incisive and empathetic style that was refreshing alongside Marv Albert’s tired, campy schtick. What most people don’t know about Mr. Kerr is that he was once punched in the face by Michael Jordan during practice. According to Jordan, it was all MJ’s fault. He had come back from retirement and was struggling to regain captaincy of his squad, and he took out his frustrations on Steve’s eye. Realizing his folly, he apologized profusely the next day, and Steve accepted. Free rein on Steve Kerr’s face– the proper way for an ultra-competitive legend to release frustration. Steve fought back though, and Margot iced his eye.

One more very important detail: Steve Kerr is the all-time leader in career 3-point percentage. He maintained an astonishing .454% over his 910 games played. It’s pretty cool that he coaches Stephen Curry now, who is painfully just out of reach of that percentage (even though he shoots a bajillion more shots than Steve). 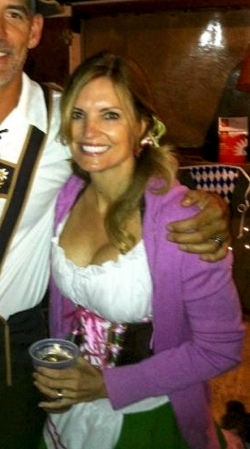