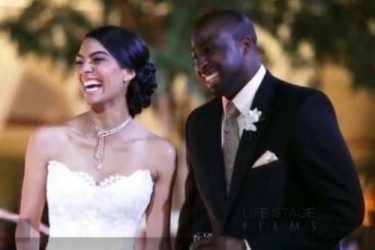 As a second year law student at Fordham University, she’s getting her beak wet in creative solutions around legal matters. The soon to be former Mrs. Felton has requested that their pre-nup be thrown out on grounds that Felton cheated on her. Despite the marriage only lasting 19 months, she wants full divorce assets, and is seeking that the Knicks point guard continue to pay for the final two years of law school.

There’s sure to be more developments in this already messy divorce proceedings. We’ll keep an eye out.

Raymond Felton’s wife Ariane Raymondo-Felton, is very much working to no longer become his wife. After only 19 months of marriage, Ariane filed for divorce in early February, 2014. With a high profile divorce case and a lot of money on the line, Ariane took the next step in the often times nasty divorce proceedings – by doing what she had to do to make her husband look worse.

On Monday evening, shortly before tipoff, the divorce attorney for Ariane brought a loaded pistol to an Upper West Side police precinct, stating that Ariane did not want the gun in her home. Raymond Felton turned himself into police shortly before 1am Tuesday on the heels of a Knicks loss to the Dallas Mavericks. Felton was charged with three counts of weapon possession. 1010 WINS has confirmed that one weapon had 17 armor piercing rounds in a magazine, with one more in the chamber. If convicted of all charges, a maximum sentence would carry up to 23 years in prison.

The charges are similar to the ones brought upon Plaxico Burress in 2008. The gun has not been used in the act of a crime, but possession alone in New York City carries serious charges. Raymond Felton was released on $25,000 bail, as well as a temporary order of protection against Ariane. He is due to appear in court again June 2.

It’s taken a while for Raymond Felton to get the recognition he’s earned through his 8+ years in the Association. After being drafted 5th overall in 2005, Felton has bounced around the league playing for the Nuggets, Bobcats, Trail Blazers, and now on his second stint with the Knicks. After Felton has finally started getting some dap for running point for the 2nd seeded Knicks, I was stunned to look back at his career numbers. Felton has averaged more than 6.5 assists in 6 of his 8 pro seasons and accumulated a career scoring average of 13.5 points per game. While not All Star numbers, there’s probably 25 other teams in the league who would take a solid vet to guarantee them numbers like that on a nightly basis.

With Felton not previously jumping off the page to anyone (including PlayerWives.com), we were remiss in not looking into his relationship status. After some looking (OK, we Googled it), we found Raymond Felton’s wife Ariane Raymondo-Felton. While not a whole lot is known about Ariane, we have learned that she is a Cornell graduate from the class of 2009, who was born in 1987. Ariane was Ray Felton’s girlfriend for a number of years before the couple tied the knot on July 28, 2012 in Wake Forest, NC in a lavish ceremony in front of friends and family. 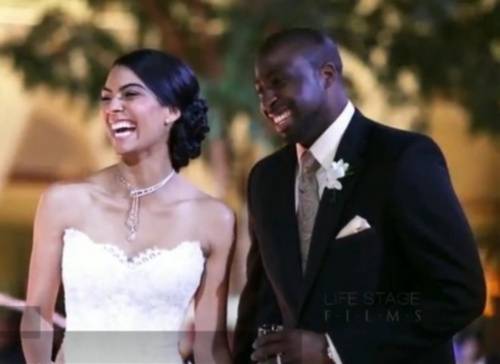