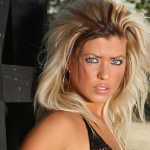 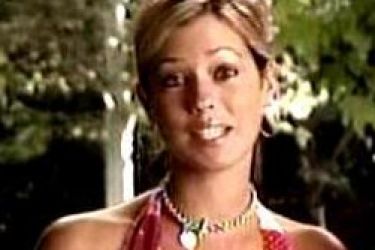 An NBA Point Guard walks into a bar – and the rest is history.

Devin Harris’ girlfriend Meghan Allen revealed their relationship to the world on the Howard Stern show, and explained that she was working in Dallas as a bartender while Devin was still playing for the Mavericks.

The model from Dallas, TX who was born in 1980 is a model and reality show star. Meghan has most notably appeared on Couples Fear Factor in 2004, but that relationship ended when her fiancee knocked up another woman a month before the wedding. Meghan also appeared on the 2008 NBC dating reality show, “Momma’s Boy,” which strangely enough, happened while she was dating Devin.

However, you can probably guess that she’s done something else, because you don’t appear on the Stern show for a couple of reality gigs.

Yes, Meghan Allen was the January, 2008 Playboy Cyber Playmate of the month. Good bar to walk into, Devin.