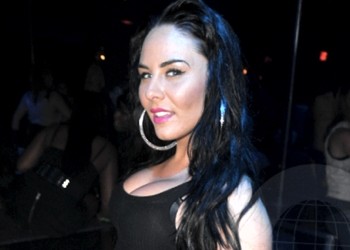 DeJuan Blair’s girlfriend Ashley Logan, also known as The Back Shot Queen, as she’s been so eloquently dubbed online, has a successful modeling and video vixen career. Ashley’s modeling work has consisted of print campaigns, and various online campaigns, which if you couldn’t tell from the nickname, feature her posterior. In unsurprising news, the Video Vixen has appeared in a number of hip hop videos for artists such as Twista, G-Unit and Flo-Rida.

She also appeared on the Howard Stern Show, where she danced while Flo-Rida rapped to track and made it rain in Howard’s studio. Her appearance helped gain the affection of Stern staffer and media editor, JD Harmeyer. In the following weeks and months, JD referenced texting her, and having an affinity for her. To his dismay, it appears that DeJuan won this courtship. Sorry, JD. I was rooting for you.

The two were assumed to be together when the body paint-jersey pictures of Ashley surfaced. In a later interview with the San Antonio Dispatch, Ashley confirmed that after being introduced by a mutual friend, she and DeJuan became friendly, and started dating. 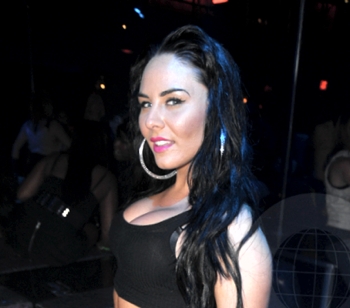