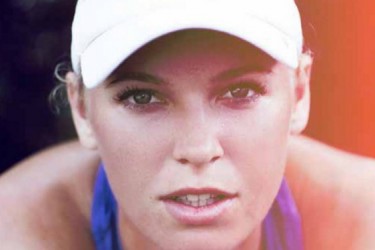 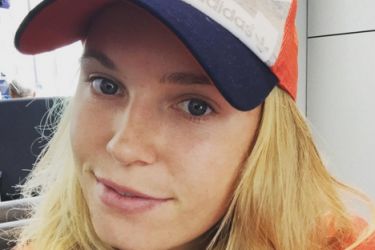 If you’ve been counting, this is now the fourth installment of Wozniackis of Our Lives. David Lee’s girlfriend Caroline Wozniacki has been engaged to Rory McIlroy, rebounded with a dinner date with Ryan Kerrigan, and then reportedly hopped over to JJ Watt. Now it looks like she’s revving up her engines for a 6’9″ forward. It appears that Wozniacki will only go out with athletes. This is her fourth relationship in a row, and they’ve all been involved in sports. Rory dropped her like a sack of potatoes so a lot of people speculate that she’s never recovered. I, on the other hand, believe she’s way over the guy. After all, she’s in the top 25 in the world. You don’t get there without having mental and emotional toughness.

Probably the most significant and weird news is Caroline attempting a body painted lingerie. I’m sorry but it looked super strange to me. It looked like the anatomy illustrations where a layer of skin is peeled back to reveal the fleshy musculature beneath. It doesn’t work. I’ve seen similar body paintings with varying results, but Caroline is the adventurous type and enjoys experimenting. The scalp-crunching hair braids she showed off recently on social media is a good example. David Lee’s girlfriend Caroline definitely gets out and about in between matches. Recently she’s been seen in photos with Derek Jeter, Novak Djokovic, Serena Williams, Adrian Grenier, The Rock, Andy Garcia, and Anna Wintour. It actually seems like she spends way more time schmoozing than she does practicing.

Here’s where it gets interesting. Caroline made the joke recently that Wonder Woman, Batwoman, and Super Woman (whoever that is) are all single, so the reason she was single is because she’s a super hero. Now rumors of the David Lee and Caroline Wozniacki relationship date back to mid December when Lee was still in Boston. Wozniacki made her superhero joke a few days ago, so I wonder now if David Lee’s girlfriend considers herself someone’s girlfriend or not? If they’re still together, it’s still probably in the early stages and is still too early for her to scream from the mountaintops “I’m David Lee’s girlfriend!” If she ever does – we’ll have it! 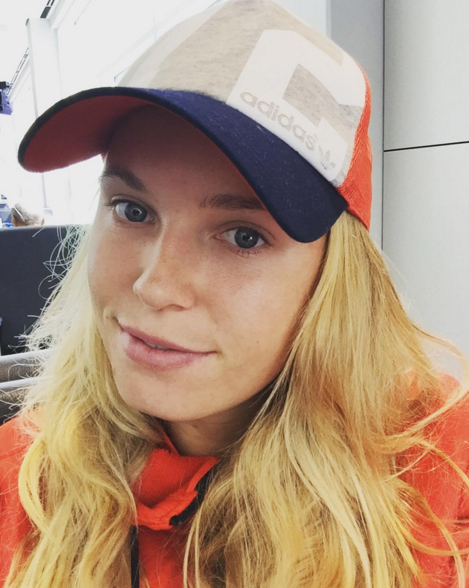