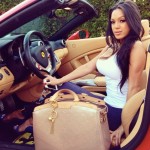 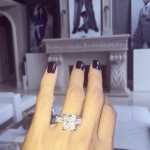 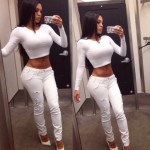 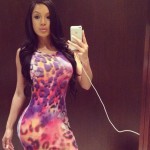 He got Game. Charlie Villanueva’s girlfriend Michelle Game is now Charlie’s fiance. He popped the question on October 26th, and he was packing some major carbon power– the diamond on Michelle’s ring is quite large. I’m pretty curious about how much that badboy cost. I’m thinking a million dollars. If you look up “million dollar diamond rings,” they look exactly like the one she’s now sporting. Charlie’s got the bank for it.

Michelle keeps herself busy with various projects, and her number one project is the maintenance of her own body. She uploads many, many pictures of herself in various arched poses. She’s a model, or a “published model” if I may use her term, so it makes sense she’s going to want to show off the goods and services she provides. Most pictures on her Instagram are exactly the same but with a different outfit, and that helps her to show off various styles– sort of like Zoolander’s “blue steel” and “le tigre” looks help him show off styles. Very chic! Some of the hater types might say Michelle affects an air of vapid unnaturalness, but they’re of course not used to appreciating her fineness. Her true fans are quick to point out that she’s “bootyful.” Charlie seems happy with his girlfriend Michelle, and he can provide her with the expensive treasures she seeks. She likes to show those treasures off, and a great example of this is a picture of her posing in a Ferrari with a Louis Vuitton bag positioned in front of her like it was a fresh kill from a hunting expedition. Don’t mistake her expression for a vindictive, self-satisfied sneer, haters! She’s simply letting us know she’s a winner. She’s reached the top of the mountain!

Charlie’s girlfriend Michelle has some pretty sporty styles that she’s come up with for a line of fitness clothing. She’s shown off a sneak-peak of a workout two-piece on her gamefitness Instagram account, and the pattern is pretty cool. 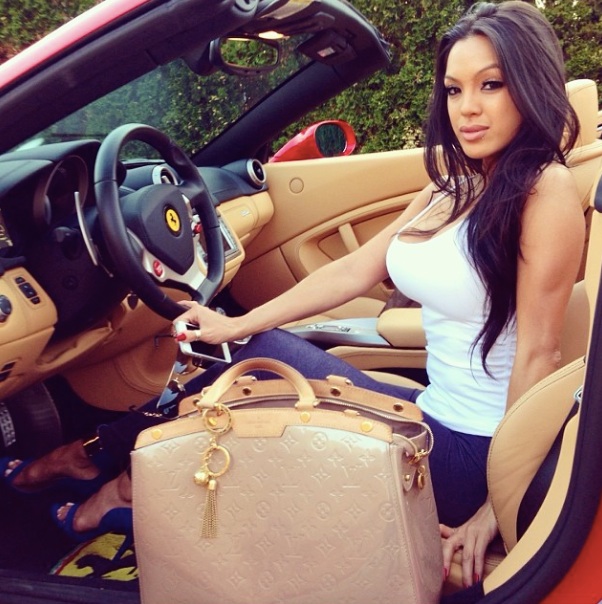