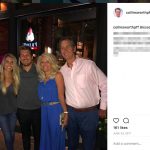 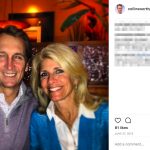 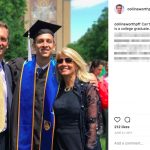 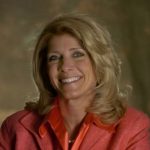 Cris Collinsworth’s wife Holly Collinsworth was a lawyer before they were even married. He was thirty years old, having already been to a Super Bowl with Boomer Esiason on the Bengals. And yes, it is one that they lost.  Cris was know as a serious ladies man in Cincinnati. There was a joke that all the singles bars in Cincinnati considered his wedding a day of mourning.  The local papers at the time said the girls would be throwing themselves at the limousine before the wedding. I think maybe the city of Cincinnati just likes to play up their pro athletes’ reputations.  What else is there to do in Cincinnati?  And don’t say Skyline Chili.

Cris Collinsworth’s wife graduated from the University of Kentucky after having been a cheerleader (gotta’ love the cheerleaders).  She then graduated from the Cincinnati College of Law.  Back in 2008, Holly managed to raise a whopping $7.8 million to renovate her old high school.  Seven Point Eight Million Dollars. That’s not your usual fundraising amount. Usually you’ll see amounts like 50,000 bucks or even 100,000.

Everyone involved in the campaign said Holly was the reason they managed to get that much. One of the people involved said of Holly: “Yes, many people contributed through committees and contributions, but Holly is the primary reason for the successful campaign, locally and in getting the state’s support.” Being able to motivate and lead people is a rare talent, and this kind of thing is what makes Holly so cool. Holly also works with the Cris Collinsworth ProScan Fund which serves to educate women about breast cancer and provide low-cost mammograms (not administered by Cris Collinsworth, ladies). They’ve raised over a million dollars for it.

The family calls Fort Thomas, Kentucky their home nowadays.  That’s a convenient locale for Holly Collinsworth who practices law there.  She’s also a member of the  Cincinnati Bar Association.

This lady gets things done! Cris used to joke about his now wife Holly working hard in order to pay for their wedding. Apparently Cris also got a law degree at the Cincinnati College of Law back in 1991. I have no idea why he did that, but maybe he thought his wife was so cool he decided he’d follow in her footsteps.

Next step:  Holly calls games on NBC.  He did her whole law thing, right?  It’s only fair! 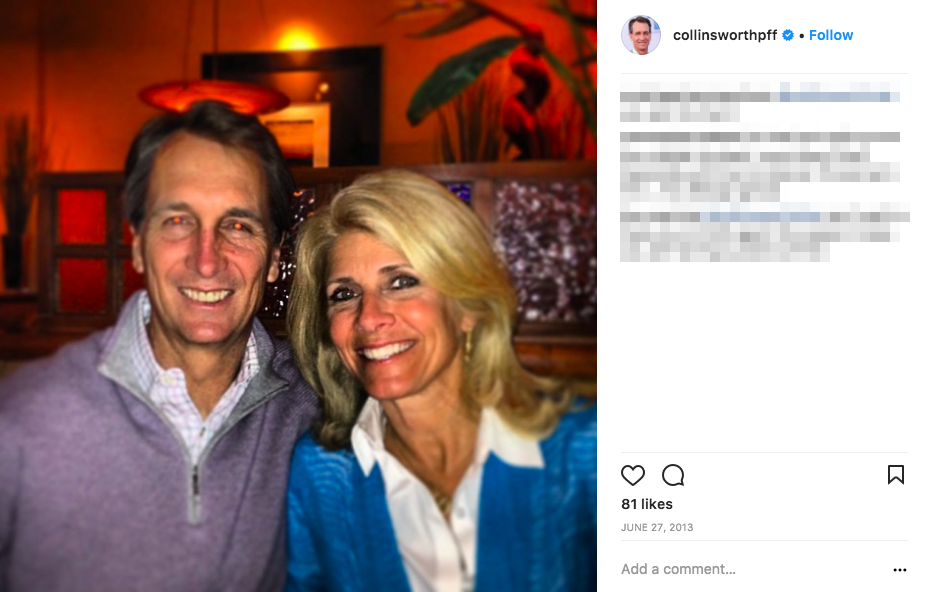