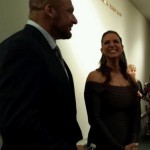 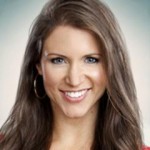 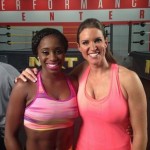 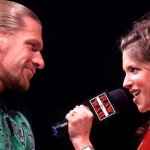 Triple H’s wife Stephanie McMahon is a badass both on and off-screen.

Triple H (or HHH, or Hunter Hearst Helmsley, or Jean Paul Levesque, or Paul Michael Levesque,… your choice) and wife Stephanie McMahon (just Stephanie McMahon actually) represent The Authority on WWE broadcasts. The couple wildly wields their authority over the wrestling roster to push storylines and agenda’s in the direction they see in the best interest of the WWE brass. Both actually hold real positions of authority in the WWE, with HHH serving as Executive Vice President of Talent since 2011, and Stephanie acting as Chief Brand Officer. Stephanie McMahon is the daughter of WWE Chairman and CEO Vince McMahon.

HHH is well known to have dated Chyna during their time together in Degeneration X. When the off-screen romance with Chyna fizzled, Triple-H and Stephanie began dating in 2000. It’s an obvious pairing with both spending so much time on the road travelling city to city for WWE events. There are rumors swirling about the exact timing of the relationship starting. Chyna has claimed that McMahon and Triple-H had an affair while she was still with him, and that Stephanie ultimately drove the company to release her from her contract. For his part, Triple-H has remained steadfast that he began dating Stephanie after his relationship with Chyna was long over, publicly saying as much on the Opie & Anthony Show.

After three years of dating, the two were engaged on Valentine’s Day, 2003. They were married the following Octover, and have since brought three daughters into the world. Stephanie has taken Triple-H’s last name, and move McMahon to her middle name (making her legally Stephanie McMahon Levesque).

Triple H steps out of semi-retirement and into the grandest stage of them all Sunday at Wrestlemania. In a precursor to the Main Event, Triple H will step into the ring against Daniel Bryan with the winner set to join the triple threat title match against Randy Orton and Batista. 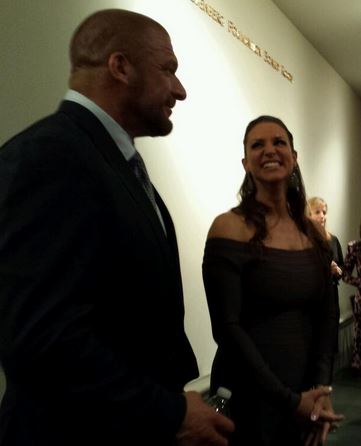