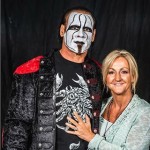 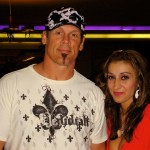 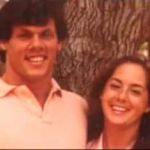 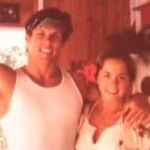 Before Sting’s wife Sabine entered the picture, wrestling legend Sting’s ex-wife Sue Borden got her last name from Sting after they married in the 80’s. Apparently Sting was taking in some pretty small paychecks and Sue said she knew from the beginning that he was really close to being successful because his charisma at the matches was off the charts. It’s great that she was so supportive of him from the start. The couple had two boys in the late 1980’s and later a daughter in 2000.

The 90’s was a pretty rough ride for Sue. Before becoming Sting’s ex-wife, she was the only one around most of the time. She had to witness Sting’s journey battling substance abuse. Sue also had to take care of their two boys the whole time. Sting told her that he was addicted to painkillers in the 90’s, and Sue suggested going to rehab. Sting said he didn’t need to, but after thirty days he realized he couldn’t stop. That’s when he Sting became a born-again and confessed to Sue that he’d had a bunch of affairs and was basically a huge mess. Sue said “he was just a 180-degree, completely different man from that moment of confessing to me the life that he had led…”

Then Sting’s ex-wife Sue eventually became a hardcore religious lady. So that worked for them for another 12 years or so, but then they finally divorced in 2010. After five years and some dating, Sting married a younger girl named Sabine in April of 2015. I saw a picture of the ceremony because one of Sting’s Christian buddies tweeted it. Once Sting and Sue’s boys grew up, they actually grew into some pretty decent football players, and one of them was invited to the Kansas City Chiefs’ rookie camp to try out for the team. I’m pretty sure he didn’t make it though because he doesn’t show up in pro-football reference. Still, that’s impressive that he was able to continue football into the rookie camp. 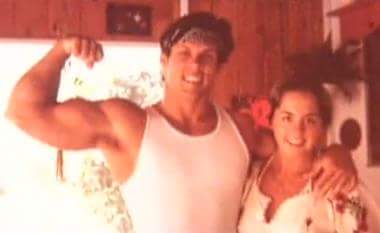