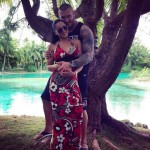 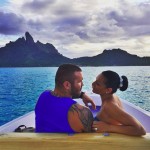 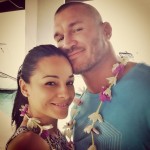 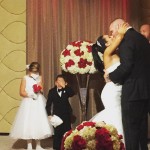 Randy Orton’s wife Kim Marie Orton is no stranger to tropical getaways and exotic hikes. In fact, the two were on vacation in Bora Bora, a small island in French Polynesia, when they came across a homeless dog that charmed their pants off on a hike. I don’t exactly know why or how the dog ended up on Bora Bora, seeing as how it’s only about 11 square miles and is very remote, but they sure had a tough time getting him off. They named him Spike and began to go through the process of moving him to the United States. Now, he’s their little pal lives with them.

Trying to get this awesome dog we met during a hike while on vacation sent to the states. What a process. He needs our help….. Wish us luck!

The other big news that comes for Randy Orton’s wife Kim is that he asked her to marry him in early July and plunked a huge ring on her. She said yes, naturally and the couple was married in November, 2015 while Orton is out rehabbing shoulder and neck injuries. There’s a certain ratio of carat size to wealth that comes with the territory of being rich and engaged. The way it works is if you’ve got a lot of money (as I assume Randy Orton does), your significant other is aware of your finances and expects you to spend a lot on the ring. In America, the size of the ring can often be a symbol for how much you care for the significant other. So Randy bought Kim a giant, egg-looking diamond ring.

Randy Orton’s wife Kim is originally from New York which I learned when Kim referred to it as her old home. Whether she was born there or just lived there for a long time, i don’t know, but they certainly don’t live there now. They have a rural-looking estate where they take most of their home pics. Whenever Randy is away for a long time, he sends Kim a bunch of flowers. Actually according to her he sends her flowers if he’s away for 24 hours. Seems a little overkill but I guess he just really misses her. She appreciates it and calls him her heart and soul. In February she got a tattoo that says “I carry your heart.” I don’t know what that means exactly; maybe that she has command over a part of him because he cares for her, but it seems like an odd sentiment to me. She’s his master of love, I suppose. 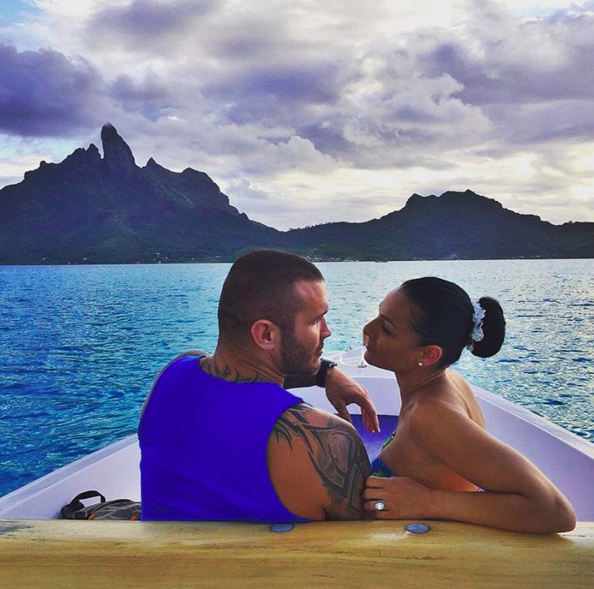