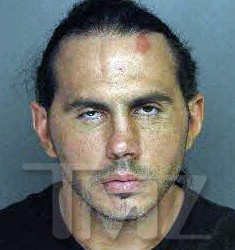 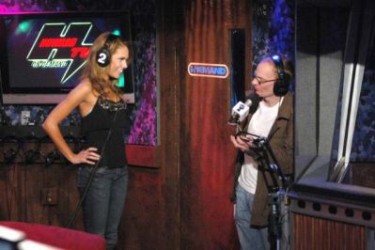 Matt Hardy’s had a tough month.

After being booked for DWI #1 of the month on August 20, 2011, and posing for what may very well go down as the greatest mug shot I’ve ever seen, Matt was released from TNA Wrestling. Just days later, Matt was rushed to the ER for an undisclosed problem, one which kept him admitted overnight.

After being released from the hospital, Matt put up an odd YouTube post, closing with his dates of death and one would assume date of his death, “September 23, 1974 – August 31, 2011.” Matt aggressively fought back that he wasn’t suicidal, though the exact reason for posing his date of death is to anyone’s best guesses.

Fast forward to September 14, and Matt is again arrested for DWI. This appeared to be the tamest incident he’d face, as just 6 days later, Matt was arrested for the third time in the 30 day span, this time for drug related charges (steroids and painkillers) after police executed a search warrant turning up paraphernalia. [For more details on Matt’s Excellent Adventure, check out TMZ]

Enter Matt’s girlfriend, Reby Sky. Reby is originally thought to be the one to out Matt, causing police to raid his house. Reby does admit to telling police details of Matt’s drug use history, but only after strong arming and coercion following Matt having another hospital visit last week due to an adverse drug reaction.

So who is Reby Sky anyways? Reby is a 25 year old model who has worked in seemingly every form of media imaginable. She has posed for Playboy, GQ, and Esquire. She has appeared on dozens of TV shows, and a number of hip hop videos for artists like Fat Joe and N.O.R.E. She is known to many as “The Giants Girl,” following her being featured as a sports fanatic on MTV’s True Life and current website marketing this title.

On a personal note, Reby came onto the PW radar in December of 2009 when she was featured as Miss Howard TV for the month, promoting programming for Howard Stern’s cable channel. In her memorable interview, she played the date for Stern Show intern Medicated Pete while he practiced his game in advance of a dating show segment. 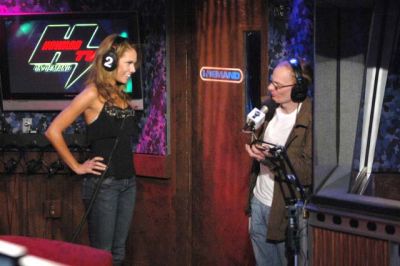